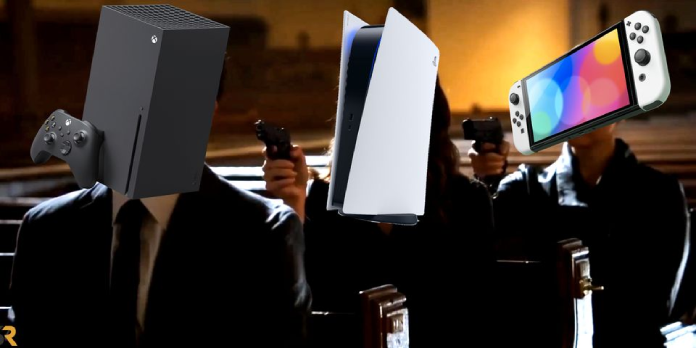 Experts anticipate that in 2022, the PlayStation 5 will sell twice as many Xbox Series consoles like the Xbox 360, but the Nintendo Switch will sell more than both.

According to a recent assessment from industry analysts, the PlayStation 5 is on track to have a very successful year, selling twice as many units as the Xbox Series X|S at its present rate. However, two days apart, both consoles were released in November 2020 and are still extremely tough to come by. Since its launch, various concerns ranging from the global pandemic to chip shortages have produced supply issues for next-gen systems. However, experts believe those challenges have passed, and gamers should have an easier time finding a PlayStation 5 or its emerging competitor, the Xbox Series X|S, in the coming year.

The Xbox Series X|S debuted with a startling dearth of exclusive games. However, with the introduction of games like Forza Horizon 5, Halo Infinite, and the growing library of the Xbox Game Pass, the system has seen increasing success in the last year. People who pay $15 a month can download a significant number of AAA titles and outstanding independent games, both old and new. In addition, Microsoft has frequently launched their most popular games through the service, allowing fans to experience highly-anticipated releases for free rather than paying the total price for a new game. With Microsoft’s $68.7 billion acquisition of Activision Blizzard, Xbox Game Pass is expected to expand further. Analysts believe, however, that current trends will not be enough to overturn the PlayStation 5’s predicted sales figures.

According to Ampere Analysis, the PlayStation 5 is estimated to sell 18 million units in 2022, which is twice as many as the Xbox Series X|S. However, both will fall short of the Nintendo Switch’s planned 21 million shipments. “It looks like the availability of PlayStation 5 and Xbox Series consoles is going to improve slowly over the year,” research director Piers Harding-Rolls said in an interview on the Ampere Analysis website Video Games Chronicle. “We expect that Sony will outsell Microsoft two-to-one.” Piers and his researchers also emphasized how streaming is becoming increasingly important in the gaming industry. Although Microsoft’s recent acquisition of Activision Blizzard isn’t expected to conclude until 2023, it’s unclear if the company’s recent purchases were considered in the study.

Many people feel that fewer consoles are being created, which is why getting a PlayStation 5 or Xbox Series X|S is so tough right now. Companies claim to have addressed production challenges and blame the difficulty of satisfying unprecedented demand for consoles in gaming history. However, the industry is still growing, and given that the general public has been cooped up for lengthy periods, it’s no surprise that video games have made more money than sports and movies combined in recent years.

Gaming has become more widespread than ever before, as evidenced by the massive sales figures observed in recent years. Analysts foresee massive sales for both the PlayStation 5 and the Nintendo Switch in the coming year as supply catches up to demand. However, no matter whatever system they can obtain, gamers will continue to have plenty of games to play and many more projects to be excited about as the industry continues to flourish worldwide.