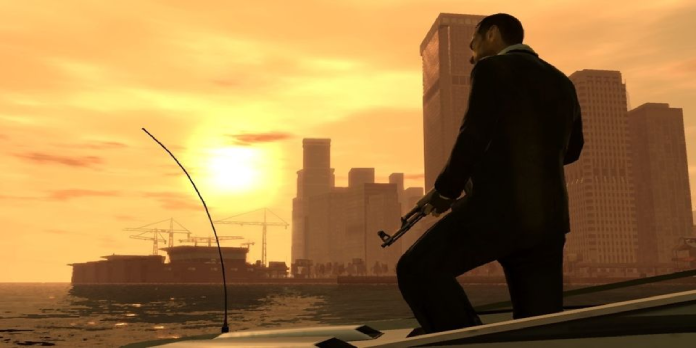 One Grand Theft Auto Online player wandering Los Santos spotted a funny easter egg that references Grand Theft Auto IV and a popular parody song from the time. GTA V‘s online sandbox mode has developed dramatically since its introduction, gaining major patches and expansions to add new content and features and extend the game’s lifespan. The Contract, the game’s most recent major expansion, includes the return of Franklin Clinton, Chop the Dog, and Lamar, as well as new missions that provide insight into the returning characters and the game’s lore, as well as new exclusive music from Dr. Dre, a new radio station, weapons, and quality of life updates.

Grand Theft Auto IV is now the highest-rated game in the series and is widely regarded as one of the best video games of all time. Despite some game features not holding up well over time, it is remembered for adapting the Grand Theft Auto franchise’s basic formula to a more realistic and detailed style and tone, thanks to a new game engine that featured various never-before-seen mechanics. Following the release of remastered versions of the original GTA trilogy, the focus has switched to the fourth instalment in the series, with a recent leak of a potential Grand Theft Auto IV remasters circulating online, enticing fans who see it as the series’ pinnacle and deserving of a complete touch-up.

I’m on a boat! Found this in GTA Online. The photo on the calendar is from Grand Theft Auto IV from gtaonline

Easter eggs have been a staple of Rockstar games throughout the studio’s history, and players can spend many hours combing through them for unique mysteries about the universe, as well as strange breakthroughs or references to other games and movies that urge them to keep investigating. With cameos, secret messages, legendary creatures, and other well-hidden references, these hidden features have helped to keep the GTA franchise memorable for almost two decades, keeping gamers coming back for more.

Also See:  According to the God of War director, PlayStation Studios Suggestions for PC Support

While Grand Theft Auto V is jam-packed with Easter eggs, it’s still wonderful to see a nod to one of the franchise’s most adored games. It’s unclear whether Rockstar is hinting at a future entry in the successful franchise or if the easter egg is new, but the recent discovery of Grand Theft Auto IV content within this game could be more than a coincidence.