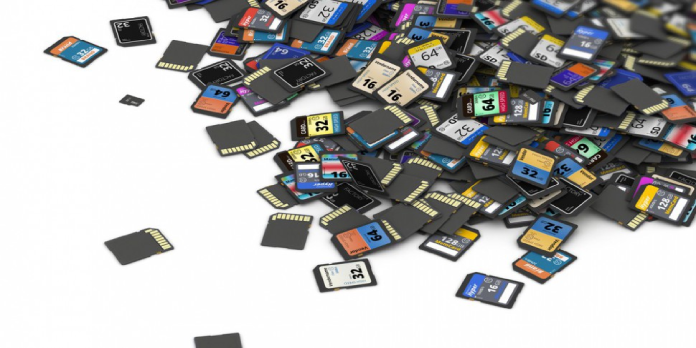 Here we can see, “How to Purchase an SD Card: Definitions of Speed Classes, Sizes, and Capacity”

What exactly is an SD card?

SanDisk Corp., Panasonic Corp. (previously Matsushita Electric Industrial Co. Ltd.), and Toshiba Corp. agreed in 1999 to jointly develop and sell the Secure Digital card standard, an upgrade to the MultiMediaCard standard (MMC). SD-3C LLC was established by the corporations to license and protect intellectual property rights for SD memory cards and other goods. In January 2000, the three co-founded the SD Association, a non-profit organization dedicated to advancing and promoting SD technology.

A Secure Digital card is approximately the size of a postage stamp and weighs two grams. It’s about the same size as an MMC, but it’s smaller than previous memory card kinds like SmartMedia and CompactFlash. SD cards provide a rapid data transfer rate and low power usage, important features for portable devices. An SD card uses flash memory to provide nonvolatile storage, which means data is retained without using a power source.

Both MMC and SD cards provide encryption features for copyrighted content, such as digital music, video, and e-books, to enable secure dissemination. SD cards with a storage capacity of up to 4 GB are available.

Traditional storage media is less durable than SD cards. They have a 2,000 G operating shock rating (essentially, the height from which they can be dropped and still work), compared to a 100 G to 200 G rating for a normal portable computer device’s mechanical drive.

This amounts to a 10-foot drop to the floor vs. a single-foot drop for a mechanical disc drive. Instead of traditional pins and plugs, metal connector contacts are used on both MMC and SD cards, making them less prone to damage while handling.

SD High Capacity is a high-capacity SD card. SDHC cards have capacities ranging from 4 GB to 32 GB, according to the SDA 2.0 specification. FAT32 is the default format for these cards.

SD eXtended Capacity is a storage device with a larger capacity than a standard SD card. SDXC cards have capacities ranging from 64 GB to 2 terabytes, according to the SDA 3.0 specification. ExFAT is the default format for these cards (Extended FAT).

SD Input to SD Output SDIO cards combines data storage and I/O functionality. Full-size or micro-size SDHC and SDXC cards are the most popular formats as of 2016.

Manufacturers always use it to specify the card’s write speed, indicating how quickly data can be saved to its memory modules.

There are 4 different speed classes:

Class 2: The SD card speed class 2 is the slowest, and this class’s minimum write speed is 2MB/s. Class 2 SD cards are intended for devices and activities demanding slower write speeds, such as video recording on a conventional video recorder.

Class 4: This class’s minimum write speed is 4MB/s. This is often used on smartphones, tablets, and digital cameras to record high-definition content.

Class 6: This speed is measured in megabits per second (MB/s). If you wish to record a 4K video, the lowest class of SD cards you should consider is class 6.

UHS stands for Ultra High Speed in its entire form.

The UHS 1 and UHS 3 speed classifications are the two special speed classes. They cost more than regular classes and have minimum write rates of 10MB/s and 30MB/s, respectively.

SD cards with these two speeds are developed specifically for professional use, such as 4K cameras.

The video class is unique.

The class of an SD card can be determined by looking at the card’s body. A capital “C” with a numeral contained in it denotes the standard Speed Classes. The special UHS classes are identified by a capital “U” followed by a number.

If there are no symbols on the card, it will be marked “Class 0,” indicating it was made before the Speed Class rating system was implemented. Class 0 moves at a slower pace than Class 2.

MicroSD cards are the most common size in camcorders, cameras, smartphones, and other devices. Three more sizes, however, are as follows:

They are a miniature version of a standard SD card, and they are roughly half the size of an SD card.

When purchasing an SD card, ensure that the speed class, size, and capacity are appropriate for your needs. Check what your device supports and think about how much speed and capacity you’ll need.

The SD Association devised a method for standardizing memory card speed ratings. The absolute minimum sustained write speed for both SD and microSD cards is referred to as Speed Classes.

A rundown of microSD classes, the difference between SDHC and SDXC, and how to tell what you are buying easily. from NintendoSwitch

Can someone explain to me all the differences between these SD cards? from videography