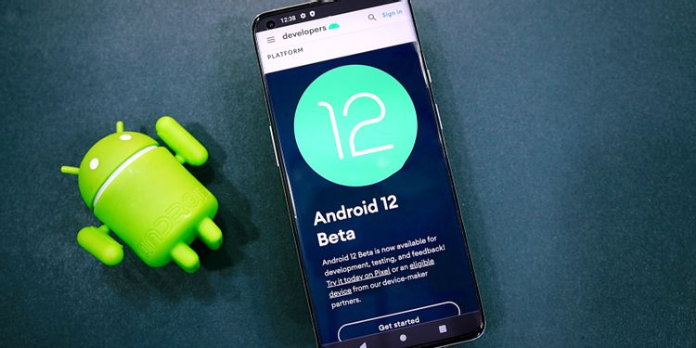 The public release of Android 12 is planned for the second quarter of Q3. Google released the third beta version of Android 12 with the final APIs and features for developers and beta testers. The latest Android 12 beta offers a glimpse into how Google intends to make auto-rotation more intelligent.

Android 12’s “better, quicker auto-rotate” uses the front-facing camera in Android 12 to detect your position and determine whether the orientation of the display should be altered.

Android 12 will use the front camera for auto-rotate

Android smartphones use the accelerometer to detect the phone’s position and then switch to landscape or portrait mode.

This works well in most situations, but it fails when the user is lying down on the bed using their phone. Your phone’s accelerometer will detect if your phone is in horizontal mode and switch to landscape mode. This can lead to frustrating user experiences.

Google’s smarter auto-rotate implementation of Android 12 is precisely what is attempting to correct this problem. Dave Burke, Google’s VP of Engineering for Android, explained in an Android Developers blog post that your phone’s front-facing camera would determine your orientation and decide if you need to change the display orientation.

Samsung and other Android OEMs already use the front camera to keep their displays on while you’re looking at them. Google now uses the same approach to provide a better user experience with auto-rotate.

Android 12’s Private Computer Core handles all processing. The photos are not sent to any servers or stored on the phone. Google also uses the Private Compute Core to power the Live Caption feature and Smart Reply in Android 12.

Google has “optimized animation and drawings and added an ML-driven gesture-detection algorithm.” This will ensure that the auto-rotation process does not get delayed.

In 2012, Samsung introduced a similar feature to the Galaxy S3 called Smart Rotation. The feature didn’t work as expected, so it’s not surprising that Samsung eventually dropped it.

Google also included scrolling screenshots support to Android 12 beta 3. You can now capture long screenshots to create scrollable content by clicking the Capture more button. Google is only catching up with the rest of the Android smartphone market, as this feature is already available in most non-Pixel Android phones.

Google also recently unveiled a new Android 12 feature that allows you to play big games without downloading them all.

How to Use Google Forms to Get Updates From Your Remote...