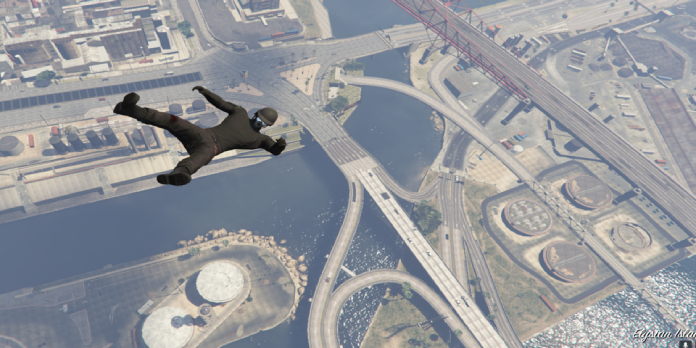 On Cayo Perico, a Grand Theft Auto Online user uncovered a strange gate flaw that kills them instantly before launching them into the sky.

One GTA Online user exploring Cayo Perico discovered a strange gate bug that catapulted them through the sky and killed them quickly after appearing to be stuck between two metal fences. Glitches are a defining feature of Rockstar Games’ history, gaining widespread acclaim with the studio’s revolutionary sandbox blockbuster Grand Theft Auto III. While most Grand Theft Auto games take a lighter tone, several flaws have resulted in various issues for players, particularly in Grand Theft Auto Online, ranging from impossible missions due to vehicle spawns to the disappearance of key things.

Although it was released nearly a decade ago, Rockstar’s critically acclaimed open-world sandbox is perhaps the studio’s biggest and most popular product. Though the base game hasn’t been upgraded or revamped since its most recent rerelease in 2014, the title’s online multiplayer mode has seen substantial expansions since 2015 that provide new content, features and extend the game’s lifespan. Grand Theft Auto V will be rereleased on current-gen consoles for the second time in March, almost a decade after its initial release, due to its large user base and sustained commercial success. Players on the PlayStation 5 and Xbox Series X/S will be able to play the Expanded & Enhanced Edition of the game, which has improved aesthetics and gameplay changes and a slew of additional new features that set the current-gen to remaster apart from previous versions.

User thedogylt shared a video on Reddit of what appears to be an unusual gate malfunction that kills gamers instantly before releasing them into the air. The player is shown in an undisclosed place in Cayo Perico, Grand Theft Auto Online’s newest island, added as part of a heist last year. While approaching the gated fence to retrieve their motorcycle, which is shown parked right opposite the fence, the player can be seen straining to open the gate before becoming trapped between the fence and being ejected in the same direction, dying instantly. It’s unclear whether the glitch can be duplicated, but the user’s sarcastic reply speaks much about the game’s many anonymous game-breaking bugs.

This game amazes me to this day from gtaonline

Also See:  You can now pre-register for Battlegrounds Mobile India on the Play Store

The hidden flaws in Grand Theft Auto are just the result of programming errors made during development. These issues aren’t obvious and can only be pointed out if they’re identified, which can take years, given that each game in the series features enormous open areas. With the further expansion of Grand Theft Auto Online, more of these bugs are expected to appear unannounced, so players may expect more random occurrences when exploring Los Santos.