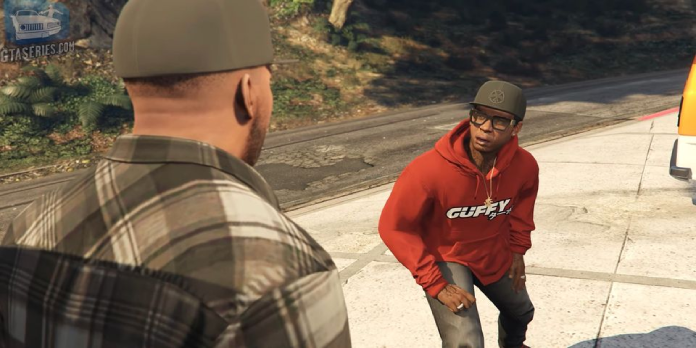 In the Short Trip task “Fire It Up,” Lamar roasts Franklin once more in a cinematic from Grand Theft Auto Online’s newest release, The Contract.

Although Lamar is Franklin’s best buddy, he is not above tormenting him. Outside of Franklin’s residence in Grand Theft Auto 5, Lamar criticizes Franklin for his “yee-yee a** haircut.” Fans of the game were so taken with the profanity-laced sequence that it became a well-known meme in the Grand Theft Auto community. Several dedicated Grand Theft Auto fans have built mods that replace Lamar with characters from video games, movies, and television programs. Thanks to these changes, Franklin may now be seen getting roasted by Kermit the Frog and Darth Vader. There were also more strange mods, such as Franklin’s being simultaneously roasted by 37 Lamars. Regardless, the Franklin Roast joke has spread over time thanks to these GTA 5 tweaks. Even Rockstar Games has jumped on the bandwagon.

According to a YouTube video released by GTA Series Videos, in the Short Trip objective Fire It Up, Lamar roasts Franklin once more. In the video, Lamar requests Franklin’s home to use his hot tub. Lamar criticizes his longtime friend Franklin when he refuses to let him into his home. Instead of making fun of Franklin’s hairdo this time, Lamar calls him a “dirty a** bea-I-zee-itch.” Franklin sprays cologne on himself at the end of the scenario.

It’s encouraging to see Rockstar Games, the creators of Grand Theft Auto Online, embrace the joke. Even the original voice actors for Grand Theft Auto 5 have joined in on the fun, reuniting and recreating Lamar ridiculing of Franklin in real life. Franklin and Lamar’s actors, Shawn Fonteno and Gerald “Slink” Johnson, replicate the roast with surprising realism. Both voice performers are clothed like their roles and even move in the same way as the characters in the cutscene. Perhaps fans will again be treated to a real-life reenactment with this latest clip from The Contract.

Franklin and Lamar are two of the most popular characters in the game, so it’s no surprise that they’ve been brought back in this latest version. However, some fans speculate why another tale centred on Grand Theft Auto 5 protagonist Franklin couldn’t be a standalone addition. Regardless, fans will be pleased to learn that Franklin and Lamar are still close friends after all these years.

Grand Theft Auto 5 and GTA Online are now available on PC, PlayStation 4, and Xbox One.

New Pokemon Unite update arrives this week, but don’t get too...

Jurassic World Evolution 2 Is Praised By The Director Of Jurassic...