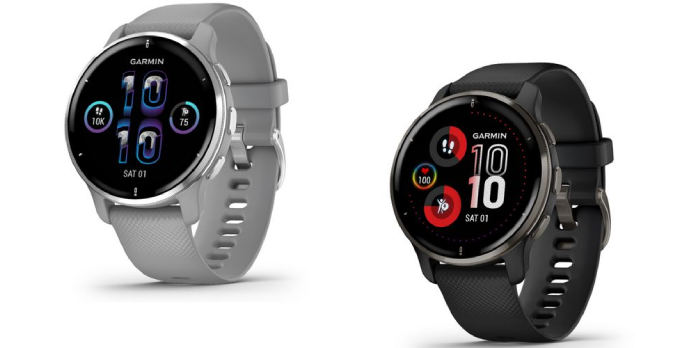 The Venu 2 Plus, an enhanced version of the basic Venu 2 that can make calls, has an extra button and an attractive price tag of $450, has been added to Garmin’s inventory. The new Garmin smartwatch‘s renders and specifications sheet had leaked, and they were dead on. Garmin has minimized the footprint this time, including cutting the strap size from 22mm on the vanilla Venu 2 to 20mm on the Plus variant.

A slight improvement has also been performed, as hinted by the leaked materials, with the addition of a stainless steel backplate. Despite the reduced profile, the Venu 2 Plus retains the Venu 2’s round AMOLED display with a resolution of 416 × 416 pixels. Previous rumors suggested that several other smartwatches, including the Fenix 7 series, Instinct 2 series, and Epix Gen2, will be introduced in 2022. None of them, however, have yet to come.

With a stainless steel bezel and a spherical OLED display with Corning’s Gorilla Glass 3 on top, the new Venu 2 Plus looks rather enticing. The Samsung Galaxy Watch 4 series bears some resemblance here. The Garmin Venu 2 Plus can track heart rate, heart rate fluctuation, blood oxygen saturation levels, breathing rhythm, sleep cycle, stress and energy levels, and pregnancy and menstrual cycles when it comes to fitness. There are also animated on-screen workouts included and the possibility to design a personalized training regimen by selecting from over 1,600 exercises. In addition, the latest Garmin smartwatch comes preinstalled with over 25 sports apps to keep track of everything from swimming and cycling to golf practices.

Good looks, a variety of tricks, and a high price

The support for making audio calls, however, is a notable feature. As long as they have a connected phone in their pocket, users can make calls directly from their wrist. This isn’t standalone calling, which Apple has offered with cellular versions of the Apple Watch for years. Instead, this is Bluetooth calling, which necessitates the installation of the Garmin Connect app. When it comes to making calls, the Garmin Venu 2 Plus doesn’t distinguish between an iPhone and an Android phone. However, it distinguishes between refusing phone calls and answering with a text message, as they are only available on Android phones.

The voice assistant that users have installed on their phones can be used to make and answer phone calls. Google Assistant, Siri, and even Samsung’s Bixby all work properly. The assistant can be used to control smart home devices, obtain weather updates, and so on, and take calls and send texts. Music fans will be pleased to learn that they can download songs and playlists from Spotify, Deezer, and Amazon Music and listen to them using wireless headphones or earbuds without carrying their phone. The water resistance rating of the Garmin smartwatch is 5 ATMs, and the battery is expected to last up to nine days in smartwatch mode. However, all of this comes at a price, with Garmin’s Venu 2 Plus smartwatch costing $449.99.

Xbox had to trust Sony with Series X|S hardware for ‘MLB...