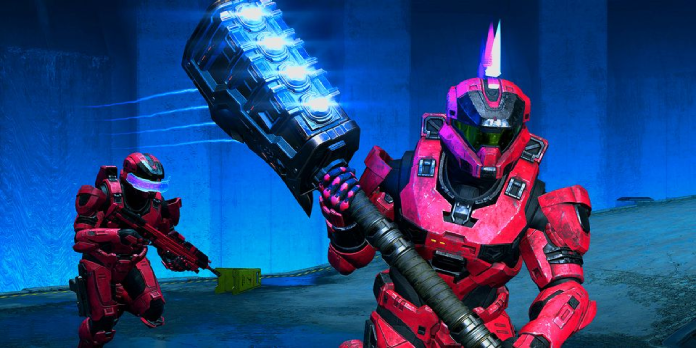 The samurai-themed event in Halo Infinite is over, but the age of neon mohawks has here with the new Cyber Showdown limited-time event. The Halo series has always successfully delivered a large multiplayer experience with customizable armour and highly configurable gameplay. While Halo Infinite is the first Halo game to have free-to-play multiplayer, it is far from the first Halo game to feature stunning Samurai-themed skins.

The latest instalment in the Halo franchise has successfully resurrected the property and managed to strike a chord with today’s gamers thanks to engaging gameplay and cross-play, which allows players to play with their friends on current and next-gen Xboxes and PCs. Many Halo fans who grew up with the franchise would claim that the multiplayer series makes it unique. As time goes on, the game’s developer has promised more multiplayer maps and additions. Even though 343 Studios is still hard at development, players and Wendy’s want Co-Op to be introduced to Halo Infinite’s campaign as soon as possible. Devs have a new event with bright neon goodies to unlock in the interim.

According to the Halo Waypoint blog, players can now participate in the new Cyber Showdown limited event, which features the new Attrition Slayer playlist, to receive additional customization goodies. 4v4 bouts will be featured in the new Attrition mode, with each side sharing a set amount of lives. Teammates will be able to resurrect each other while reducing each team’s total number of lives to zero, unlike previous multiplayer modes in Halo Infinite. The Cyber Showdown event in Halo Infinite will run from January 18 until February 1. Fans will complete 10 different event tasks and unlock cyber-themed items during that period.

While the new event may not be what many Halo Infinite fans were hoping for, it does follow up on the previous Fracture: Tenrai event, which had players complete challenges to obtain Samurai-themed Spartan armour and other cosmetics. The new Cyber Showdown unlocks, on the other hand, are more akin to a gleaming neon future than the Samurai’s archaic customs. Holographic visors and spikey mohawks are among the highlights of the numerous new unlock, hopefully being all the rage at future punk rock gigs. The Halo Waypoint blog has an excellent look at the unlocks, and the trailer above shows them in action.

Halo Infinite gamers have been enthusiastically enjoying their experience since the multiplayer began in November 2021, with the game averaging over 30,000 participants. 343 Studios intends to keep players interested by adding variety to the multiplayer with timed events like Cyber Showndown and Fracture: Tenrai. While new maps are expected shortly for Halo Infinite, players are eager to see what else the game’s developer has in store for the game’s long lifespan.

Halo Infinite is out now on Xbox One, Xbox One S, and PC.