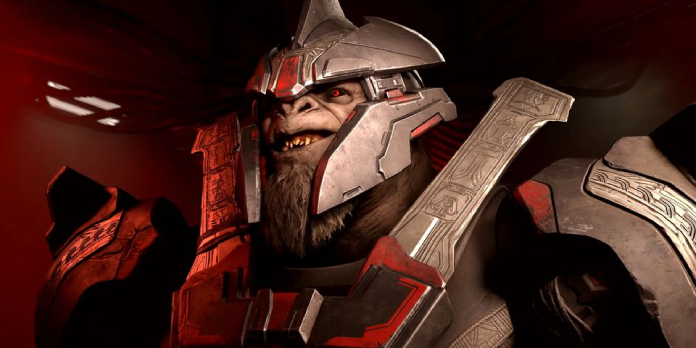 Master Chief’s battle against the Banished and their ruthless commander, Escharum, has been teased in the Halo Infinite debut trailer, released ahead of the Xbox console exclusive’s release on December 8. Escharum boasted about his impending victory over Master Chief in previous Halo Infinite teasers, threatening the galaxy in the newest version of the long-running and revolutionary Xbox sci-fi shooter genre.

Escharum is far from the only new challenge Master Chief will face in Halo Infinite, as 343 Industries has revealed other terrifying Banished troops, including flying Skimmers and the “Spartan killer” Elite Jega ‘Rdomnai, in addition to Halo’s standard Grunts, Brutes, and Jackals. In addition, during Halo Infinite’s single-player campaign, Chief will face a mysterious Didact-like foe known as the Harbinger of Truth, and it’s been hinted that his former AI companion Cortana may appear as a Halo Infinite villain after her supposed death in Halo 4 and surprise return in Halo 5: Guardians. For the time being, it appears that the Banished will be the main threat in Halo Infinite, with Master Chief most likely engaging Escharum in direct combat before the game’s conclusion.

The Halo Infinite campaign launch trailer was released on the Xbox YouTube page on Wednesday, giving fans a closer peek at the game’s upcoming plot. As Banished chief Escharum declares humanity will soon be nothing more than a memory, Master Chief is seen to be disturbed by Cortaana’s disappearance. As a result, Chief returns to the battlefield in a montage of previously seen Halo Infinite gameplay, culminating in the renowned supersoldier facing Escharum himself.

The multiplayer launch of Halo Infinite smashed Xbox records for the most concurrent players on Steam just hours after it was launched free-to-play a few weeks ago, in a surprising decision to mark the Halo franchise’s 20th anniversary. The multiplayer’s new features and better gameplay received excellent feedback, but the Battle Pass advancement in the game has been a source of contention. Meanwhile, physical Xbox copies of Halo Infinite have begun to arrive in stores, warning fans to be wary of online spoilers in the days leading up to the game’s single-player content release.

The campaign for Halo Infinite has been greatly anticipated for several years, especially when 343 Industries postponed the game’s scheduled release alongside the Xbox Series X/S last year in response to unfavorable reaction over the campaign’s initial demo preview. That wait will be over in a week when players will once again step onto a Halo ring and take on the galaxy’s newest enemy as Master Chief.

Halo Infinite multiplayer is available for Xbox One, Xbox 360, and PC, with a full release scheduled for December 8, 2021.

A 1000-Hour-Build Mediterranean Island Created By A Minecraft Fan