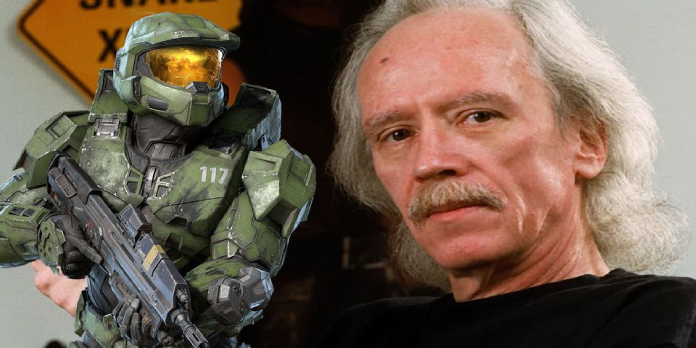 John Carpenter, a legendary director and well-known gamer praises Halo Infinite, calling it the best game in the long-running franchise.

John Carpenter, the legendary horror director, has played Halo Infinite and believes it is the best Halo game yet. Following a long and controversial development cycle that saw Halo Infinite delayed for a full year due to poor fan feedback following the game’s debut showing, developer 343 Industries eventually published the single-player campaign for their latest sci-fi FPS last month. In addition, to commemorate the franchise’s 20th anniversary, 343 released Halo Infinite’s multiplayer component as a free-to-play title, smashing records for the most concurrent players for an Xbox Studios product on Steam.

When Halo Infinite was released in December, it received positive reviews. Many critics hailed it as a good starting place for new gamers while still paying homage to the Halo titles that came before it. Marcus Lehto, the man behind Master Chief’s legendary Mjolnir armor in the first Halo, expressed similar sentiments about Halo Infinite’s tale, stating it brought back “the joy of Halo.” In this aspect, he appears to be in good company, as none other than John Carpenter has declared his admiration for Halo Infinite.

According to Kotaku, John Carpenter headed to Twitter yesterday to share his thoughts on Halo Infinite. He calls Halo Infinite “a fun shooter” with “immense and stunning production design” and declares it “the greatest of the Halo series” at the end of his brief but favorable review. Halo Infinite’s development team has reacted positively to John Carpenter’s well wishes. Halo creative director Frank O’Connor is rewatching Heart Of Darkness as a thank you, and 343 Industries founder Bonnie Ross wishes Carpenter a happy birthday.

In addition to the aforementioned Heart Of Darkness, John Carpenter is well-known among moviegoers for directing iconic horror films such as The Thing and the first Halloween. He’s also vocal about his passion for video games, praising Assassin’s Creed: Valhalla as a “return to form” for the franchise. He remembers warmly that the first video game he ever played was the original Sonic The Hedgehog. In exchange, games like Among Us and Carrion have taken inspiration from his films in terms of ambiance and visual aesthetic. At the same time, Saints Row IV even included a reenactment of Roddy Piper and Keith David’s legendary fistfight from They Live among its many pop-culture references.

Both the single-player and multiplayer components of Halo Infinite have gotten positive reviews. In addition, although there has been considerable debate about the game’s microtransactions, 343 Industries has recently stated that the game’s microtransaction pricing will be addressed in an upcoming patch. Meanwhile, having a Hollywood veteran like John Carpenter praise the upcoming installment in the long-running Halo franchise is undoubtedly a hopeful sign.

Halo Infinite is available now on Xbox Series X/S, Xbox One, and PC.

A Fan of The Last of Us Imagines What Would Happen...