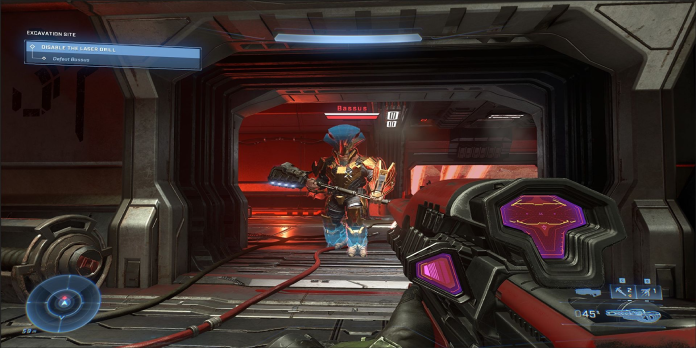 Halo Infinite’s single-player component was released in December. It got positive reviews from critics for its emotive tale connected to previous Halo titles while setting the path for future games. On the ancient Zeta Halo, Master Chief battles a terrifying new enemy known as the Banished, all while forging an uneasy alliance with a new AI companion known as The Weapon.

Meanwhile, challenge runs have long been a popular activity in the gaming world, with the speed run being one of the most popular variations. Players attempt to complete a game as quickly as possible in this sort of playthrough. Players have been known to employ flaws and mods to shave even more time off a campaign’s runtime, such as when a speedrunner cleared Paper Mario by copying a save file from The Legend Of Zelda: Ocarina Of Time to the game. To clear Halo Infinite’s campaign, one speedrunner didn’t need such complex ways – or even a single bullet.

According to Kotaku, a YouTube speedrunner named Tom just completed Halo Infinite’s campaign on Legendary Difficulty and documented his achievement on his Simply & Slick channel. To add to the intrigue, Tom chose to complete the run without using any bullets or energy projectiles instead of assaulting adversaries with melee weapons such as the Energy Sword or Gravity Hammer. Of course, the many throwable Energy Coil batteries that litter the open-world landscape of the Zeta Halo were also fair game, as were tools like Halo Infinite’s new wrist-mounted Grappleshot. Tom had intended to complete his Halo Infinite run with only the game’s regular MK50 Sidekick pistol. Still, given how difficult Halo Infinite’s bosses are, he informed Kotaku that this was impossible.

Players have been able to pull off crazy displays of skill in Halo Infinite’s free-to-play multiplayer, which was released a month before the single-player and smashed Steam records for the most concurrent users on an Xbox studios title, even before the campaign began. For example, Grappleshot and Deflector tolls in Halo Infinite may be used to swing across chasms like Spider-Man, bounce grenades back to their source, and take down enemy WASP aircraft with a well-aimed power cell throw. In addition, certain Halo Infinite players have achieved some incredible gameplay feats, such as winning 100 consecutive Free-For-All games.

Also See:  How to Upgrade to OS X El Capitan GM from a beta build