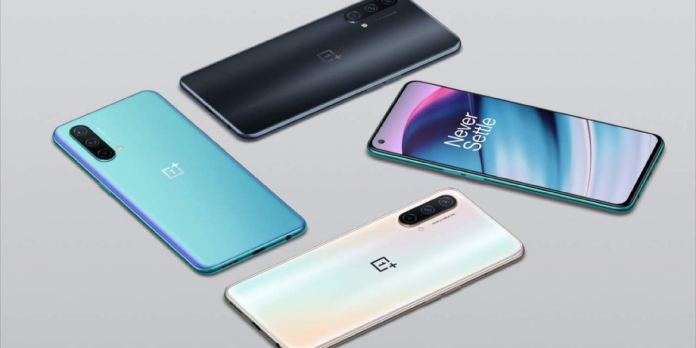 The route that OnePlus is taking with its new Nord brand hasn’t been easy to figure out. It almost feels like the firm is throwing everything it has at the wall to see which stick now that it has three unique device lines. It launched three phones under that brand a few months ago, including the oddly named OnePlus Nord CE. The business may expand that family in the next month or two, but the OnePlus “Ivan” doesn’t appear to offer much more than the initial “Core Edition” phone did.

According to 91mobiles, the processor is the most significant difference between the first and second Nord CE models. The Nord 2 CE is expected to employ a MediaTek Dimensity 900 rather than this year’s model’s Snapdragon 750G 5G. After the OnePlus Nord 2, this would be the second OnePlus phone using a MediaTek 5G CPU, possibly solidifying the Nord line’s use of that chipset over Qualcomm’s counterparts.

There are only a few differences in this OnePlus “Ivan” leak other than that. On top, there’s the same 6.4-inch 90Hz Fluid AMOLED display, as well as the same 64-megapixel primary camera and 16-megapixel front camera. The battery has the same 4,500 mAh capacity as the previous model, but it now supports 65W rapid charging.

The phone’s design has undergone one minor tweak, but it is unlikely to please devotees. The Alert Slider on OnePlus phones has been praised as the company’s take on the iPhone‘s Ring/Silent option. Unfortunately, this feature may be removed from the OnePlus Nord 2 CE, but nothing is set in stone just yet.

There’s also no news on whether or not the 3.5mm headphone connector will be retained, which would be ironic. The reinstatement of that audio output connection was one of the first OnePlus Nord CE attractions, but OnePlus, like many other manufacturers, isn’t shying away from deleting it after mocking others for doing the same thing. Although the OnePlus Nord 2 5G lacks a headphone jack, the Nord N200 5G does.

Only OnePlus knows the overarching strategy for the Nord line at this time, but these disappointing speculations regarding the upcoming phone under that name aren’t helping it. The OnePlus “Ivan,” also known as the Nord 2 CE, is scheduled to sell in India in January or February for at least 24,000 INR (approximately $320). That was more inexpensive than the original Nord CE, at least when it was first released in June.