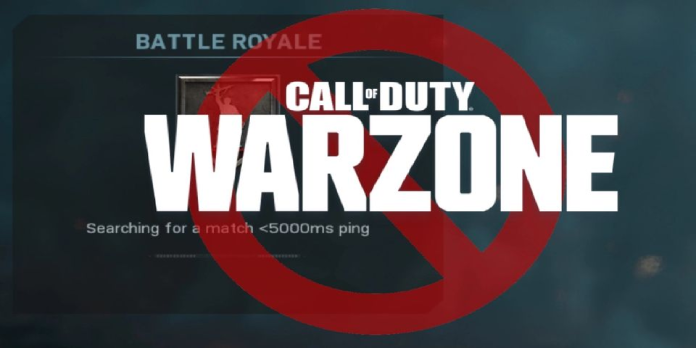 Players in Call of Duty: Warzone is warning each other about a new skin that could result in shadowbans if misused.

Players in Call of Duty: Warzone reports a peculiar bug in which using a specific operator skin may result in shadowbans. It’s a strange case of gifts arriving with unpleasant shocks, and gamers aren’t sure how to deal with it. While Warzone’s gulag system has just undergone some positive changes, this is a less-than-ideal situation that will keep gamers on their toes for the foreseeable future.

Like every other game, call of Duty: Warzone has its share of bugs and problems. While the game appears to function smoothly most of the time, unforeseen events can arise from time to time, leaving players frustrated or perplexed. These outages range in severity from significant to trim. Still, they’re all worth keeping an eye on, and many people lament the fact that Warzone appears to be particularly vulnerable to hackers and exploits. That is, however, manageable compared to when the game does something unexpected, like the blue screen issue that irritated Warzone gamers during the Haunting. On the other hand, this recent snafu could have far-reaching ramifications for players who come upon what appears to be a completely harmless present.

Also See:  How to: Fix Windows 10 Bootloader From Linux

According to a Dexerto report based on a Tweet by user GorgoKnight, new skin is circulating that can cause shadowbans if not obtained appropriately. The skin is currently unidentified, but it is blue and wears a ninja mask. While the skin is supposed to be obtained via completing challenges, some players have reported that the skin has appeared for them to use seemingly at random. However, some gamers who took advantage of this unexpected offer have been shadowbanned from the game without reason or warning. Unlike some strange but benign malfunctions, such as a Warzone player growing a third arm, this is a more malicious occurrence, and gamers are naturally wary of each other.

FYI for those of you who have obtained this suit do not use it in game for you will most likely get shadow banned. It’s not registered in the game and that’s what is leading people to get shadow banned.. not sure how they managed to fuck this one up but aye it’s WARZONE 😅 pic.twitter.com/xHRuDQiBlp

The problem appears to stem from some players who obtain the skin haven’t “earned” it in the game’s eyes. Because the skin is supposed to be earned through tasks, no one should have it unless they’ve finished all of them. Those who use the skin without completing the challenges are shadowbanned because they have access to something they shouldn’t. However, the bans appear to be arbitrary, and they haven’t affected all of the gamers who were unexpectedly awarded the skin. While some claim to have been shadowbanned, others claim to have continued to use the skin with no ill effects. Raven Software hasn’t revealed anything about this problem yet, so no one knows when it’ll be addressed.

Since its release last year, Call of Duty: Warzone has had its fair share of issues, but this one stands out. The game’s creators have done their lot to expose Warzone cheats and those who actively work to make the game less fun for others, but the problem here is the game itself. Raven Software should rectify this problem and withdraw the erroneous shadowbans as soon as possible. Gamers will have to tread lightly in the meantime.