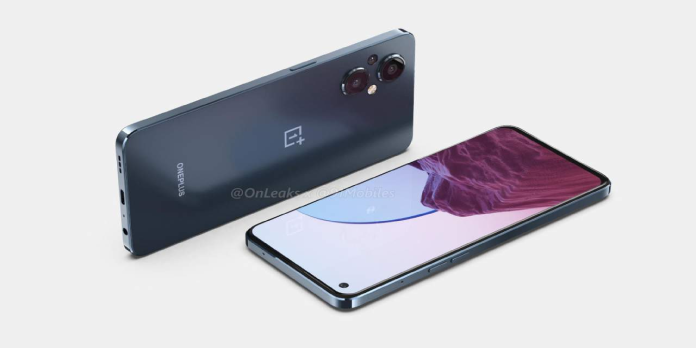 With three distinct product lines targeting different regions and categories, OnePlus’ Nord branding appears to be all over the place. The OnePlus Nord 2 5G and OnePlus Nord N200 5G was released months ago, but the OnePlus Nord N20, the “middle child,” is still missing. There’s still a chance we’ll see the phone this year, or at the very least early next year, and it might come in a design you don’t expect, especially if it resembles an iPhone rather than a OnePlus device.

Some may claim that Apple does not have a monopoly on phone design, but the company’s long legal struggle with Samsung may show otherwise. OnePlus isn’t exactly emulating the iPhone 13, but there are enough similarities that it might be mistaken for one of Apple’s top models. At least, that’s what these renderings from 91mobiles and @OnLeaks suggest.

For example, with the iPhone 12 (and the iPhone 5s and older), the chamfered edges have become a trademark of an iPhone, as have the very flat back and front sides. Two huge cameras are also positioned opposite each other, with two smaller holes in the middle. The cameras, unlike those in iPhones, are vertically oriented and not encased in a hump.

Because it includes a punch-hole cutout in a corner, the front of this OnePlus Nord N20 5G is unlike any other iPhone. If it weren’t for the chin, which is still a hallmark of mid-range and entry-level phones, it would have been mistaken for a premium model. Fortunately, there is a headphone port on the bottom, which will be severely missed by buyers of Samsung’s next Galaxy A series phones.

Also See:  Here's why you should wait for the OnePlus 9's OxygenOS 12 update

The leak also reveals certain features, including the 6.43-inch AMOLED screen, one of the most significant advancements from the OnePlus Nord N10. A 48MP main sensor will lead the trio of cameras, joined by two 2MP cameras. OnePlus oddly mentions that this phone could launch as the OnePlus Nord CE2 5G, likely adding to the confusion surrounding the Nord brand’s future trajectory.