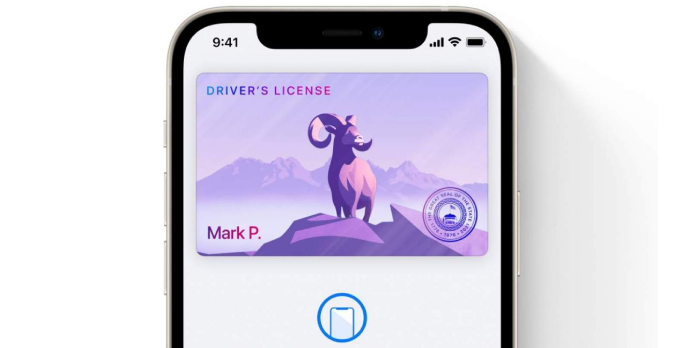 With Apple discreetly revealing that its iOS 15 ID cards feature has been delayed, iPhone users will need to keep their driver’s licence in their pocket or purse for a bit longer than expected. The feature, which will be included in the latest iPhone and Apple Watch software, will add a digital version of a driver’s licence or state ID to the Apple Wallet, which may be used when travelling or at other times when proof of ID is necessary.

It’ll be one less thing to tote — and perhaps lose, as Apple has already stated. The company has been negotiating with the TSA and numerous US states to have the digital ID accepted in the same manner as physical cards.

Apple announced the first of the states with whom it has reached an agreement in September. Connecticut, Arizona, Iowa, Georgia, Kentucky, Oklahoma, Maryland, and Utah were the first eight states to sign on. The TSA plans to utilise digital ID at “certain airport security checkpoints in participating airports.” The cards’ data contains Legal Name, Date of Birth, Sex, ID Number, State, Issue Date, Expiration Date, Real ID Status, and a photo of the person in question, just like their printed counterparts.

Even though iOS 15 has been out for a while, digital ID cards have been delayed. According to MacRumors, Apple quietly added the notification that the feature would be “coming early 2022” to its website. Previously, the business had planned to launch the feature in late 2021.

The issue of digital ID security

While simplicity is one of the most tempting features of digital ID cards, the system’s security has sparked some debate. Apple claims it is more secure than a physical card since the information is protected by Face ID or Touch ID, depending on the device.

Similarly, the iPhone or Apple Watch would not need to be handed over to a law enforcement officer or TSA employee, according to the business. Unlike a physical card, the smartphone or smartwatch would be tapped against an identity scanner and would never be removed from the owner’s hands. It’s also possible to keep the device locked.

Nonetheless, some privacy activists have expressed worries that systems like this might be used as an excuse for device confiscation, lead to centralised ID tracking, and jeopardise personal sovereignty over personal data. The American Civil Liberties Union (ACLU) raised the issue with mobile Driver’s Licenses, or mDLs, in a report issued in May 2021.

“MDLs will definitely make demands for ID more frequent in American life by making it more simple to present ID and hence easier to ask for it,” the ACLU stated. “They could also lead to the routine use of automated or “robot” ID checks, which are performed by machines rather than humans. Depending on how a digital ID is structured, it may allow for centralised tracking of all ID checks as well as present other privacy concerns. It’s possible that internet requests for driver’s licence checks may become commonplace. This would vastly increase the amount of tracking data that ID checks could generate, making it practically difficult to engage in online activities that aren’t related to our verified, real-world identities in the worst-case scenario.”

Apple has maintained that digital privacy is still “at the forefront” of its operating system. According to the business, neither Apple nor the issuing states are told when or where the digital ID is shown. All communications between the device and the reader are encrypted. The mobile ID implementation follows the ISO 18013-5 mDL (mobile driver’s licence) standard.