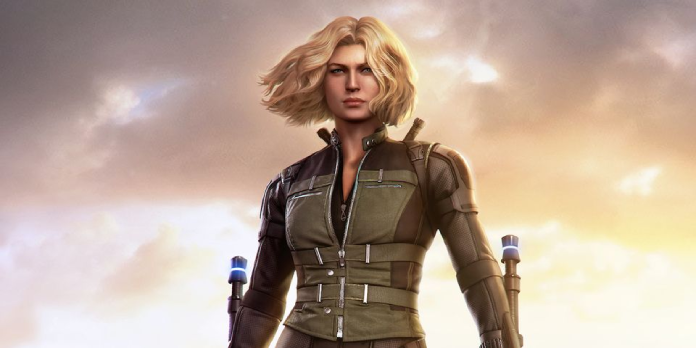 When Marvel’s Avengers first came out in September of 2020, it didn’t have any cosmetic skins based on the Marvel Cinematic Universe. The legendary outfit was quickly demanded, and Crystal Dynamics ultimately began offering MCU-themed cosmetics for the game’s roster of heroes. However, the game’s microtransaction system has sparked outrage among fans, with Marvel’s Avengers most popular skins being locked to the game’s Marketplace. The Marketplace accepts only real-world money, meaning that valuable things like Marvel Cinematic Universe skins cannot be obtained by playing the game. The cosmetic skins for Marvel’s Avengers cost a total of $3,000, with $14 MCU outfits accounting for a significant percentage of that figure.

Marvel’s Avengers have released Black Widow’s Avengers: Infinity War costume, which has the superspy wearing a green vest belonging to her adoptive sister Yelena Belova. Natasha Romanoff, also known as the Black Widow, is on the run from the authorities alongside Falcon and an unkempt Captain America in 2018’s epic MCU crossover blockbuster. Her trademark red hair has been cropped short and coloured blonde, and her black stealth suit has been replaced with a green tactical vest. The iconic green vest belongs to Yelena, Romanoff’s adopted sister and a talented spy, as revealed in the hero’s solo film Black Widow in 2021. Beginning December 16, fans of Marvel’s Avengers will be able to purchase Black Widow’s Infinity War suit from the Marketplace.

They made her a weapon. She'll become a Hero.

While many gamers have been put off by Marvel’s Avengers aggressive microtransactions and lack of endgame content, Crystal Dynamics continues to support the cooperative superhero game. The developer just released Klaw Raid: Discordant Sound, a problematic boss raid that requires a four-player team of talented max-level gamers to complete. Spider-Man, a wall-crawling hero with his storyline and unique traversal abilities, was added solely to PlayStation versions of Marvel’s Avengers. A new Shipments system was also included in the last update, allowing players to unlock select cosmetic items with Units earned only via gameplay.

In Marvel’s Avengers, Crystal Dynamics still has some challenges to work out, but the game’s Marvel Cinematic Universe skins have garnered a lot of positive feedback from fans. The renowned live-action appearances of Earth’s Mightiest Heroes are faithfully transferred into the digital world, allowing gamers to live out their MCU fantasies within the game. With Captain America’s Infinity War skin already in the game, Black Widow’s distinct outlaw appearance pays homage to Yelena Belova and her cherished green vest.