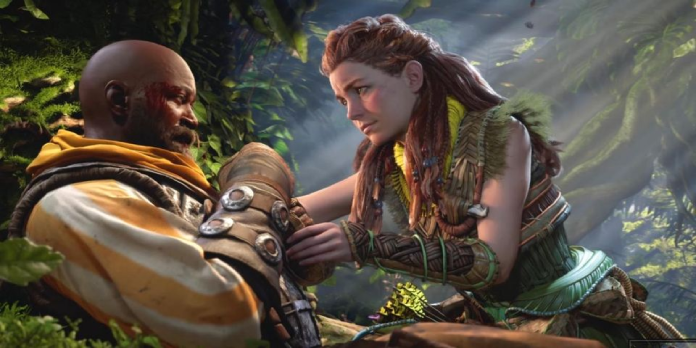 The initial anxiety stemmed from Sony’s plan to charge for the PS5 update of Horizon Forbidden West for PS4 owners. This is in contrast to Sony’s prior activities with first-party titles like Spider-Man: Miles Morales, in which gamers were given free upgrades to the improved PS5 edition. Players discovered that switching between PS4 and PS5 copies of the game would cost money when pre-orders went live, with the cheapest cross-gen option costing roughly $80. Sony faced immediate outcry for this decision and eventually granted free PS5 upgrades for Horizon Forbidden West. Despite the free update, some gamers fear they will be left out if they play the PS4 version, mainly because Guerilla Games’ Horizon Zero Dawn sequel is a leap forward in aesthetics and technology.

Horizon Forbidden West will look gorgeous on a PS5, but the game is equally fine on a PS4, according to a tweet from Guerrilla Games. “The game also looks – and plays – amazing on the PlayStation 4,” the developer said, adding screenshots from Sony’s previous platform generation. Four screenshots from Horizon Forbidden West were shared on Twitter, and several fans thought the game looked just as fantastic on the PS3 as it did on the PS4.

We've showed you a lot of footage of #HorizonForbiddenWest on PS5 so far, but the game also looks – and plays – stunning on the PlayStation 4! pic.twitter.com/BuVga90W5L

In comparison to the PS4, the PS5 promises significantly improved graphical quality and faster load times and fewer noise levels and a more powerful GPU. PS5-optimized games can provide a better overall experience than PS4-optimized games, thanks to these changes. However, many people can’t afford a PS5 or are having difficulty obtaining one due to supply shortages. Many current-gen games are being released on both systems, suitable for both creators and consumers. Some users are unwilling to purchase the PS4 version of the game if a free PS5 update is not offered like they were with Horizon Forbidden West. Aside from that, long-time PS4 owners are concerned that PS5-optimized titles may perform poorly on the PS4.

Guerilla Games’ Twitter tweet includes screenshots that show excellent graphical quality, especially for the PS4. On the older console, the game looks good. However, some people are concerned that these visuals will come at a cost. Some speculate that the PS4 version of Horizon Forbidden West looks nice because the devs pulled back on pushing boundaries with the PS5 or that the PS4 console may struggle to stay calm under strain.

On February 18, 2022, Horizon Forbidden West will be released on PlayStation 4 and PlayStation 5.