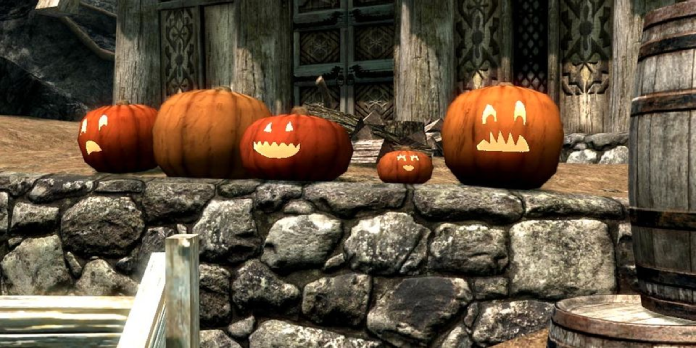 Some Skyrim players are celebrating Halloween by uploading pictures of their Elder Scrolls-inspired jack-o’-lanterns on Reddit.

Even though Halloween has passed, Skyrim players are still getting into the mood. Several players have shared photos of inventive jack-o’-lantern designs that reference characters or events from Bethesda’s hugely popular open-world action role-playing game.

Skyrim was first published in 2011, yet it continues to have a major impact in the gaming world a decade later. Skyrim is still one of the most popular games on the market, with cosplays and recreations in other games like Minecraft. Many players are looking forward to experiencing the world of Skyrim on current-gen consoles for the first time with the new Skyrim: Anniversary Edition, which will be available soon. Thanks to the game’s enormous and broad environment, there are constantly new techniques and features to uncover new playthroughs and methods to create entirely new characters for a completely new experience. Skyrim’s enduring popularity has kept it in the public eye, as many gamers demonstrated this Halloween.

Also See:  Android 12 Will Let You Play Games While They're Downloading

According to Game Rant, many gamers took to Reddit to show off their jack-o’-lantern designs, many of which were inspired by Skyrim. Freespacer123’s artwork of a howling wolf is an allusion to the Companion’s questline, whereas KentuckyFriedPotato’s design appears to display cut-out eyes and horns of a warrior. The Skyrim logo is carved into OrangeFlagStudio’s pumpkin, a nod to the Dragonborn Dovakhin. Finally, Not actuallyhelpful’s pumpkin is a painting rather than a carve. The pumpkin, which depicts a Whiterun Guard, is a nod to the iconic Skyrim joke of the guard, who was once an adventurer like the Dovakhin before succumbing to an arrow wound to the knee.

My pumpkin this year from skyrim

Who else finished the companions quest line from skyrim

Pump (dov a) kin from skyrim

I once was an adventurer like you, then I took an arrow to the knee. from skyrim

When it comes to player inventiveness, these Skyrim jack-o’-lantern designs are simply the tip of the iceberg. Many players have built their own unique and amazing cosplays of Skyrim characters, as well as real-life replicas of game goods. Some of these drawings and creations drew the attention of Bethesda Game Studios, which frequently replies positively.

Also See:  Back 4 Blood Claps Back After Being Called Cheap Left 4 Dead Copy By KFC

While waiting for the next entry of the Elder Scrolls series, many fans are still enjoying reruns of their Skyrim worlds. While Bethesda is hard at work on their next game, Starfield, fans are looking forward to hearing more about Skyrim 6. Although few details about the future Elder Scrolls game are available, rumours claim that Elder Scrolls 6 is still planning. It’s undeniable that if and when Elder Scrolls 6 is announced and published, it will become as culturally significant as Skyrim.