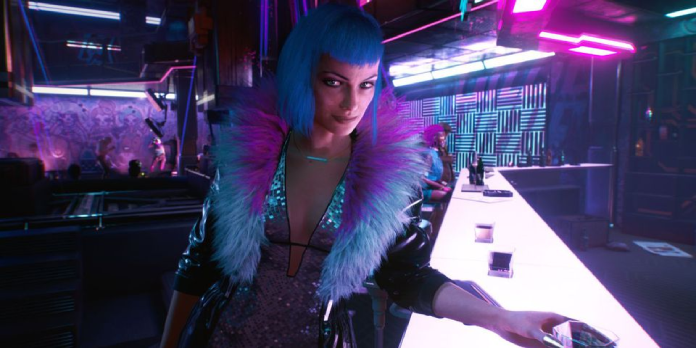 In honor of Halloween, one Cyberpunk 2077 fan has created an impressive Evelyn Parker cosplay. Evelyn, a former member of the Mox gang and a Doll (or sex worker) working for the posh Clouds nightclub in Night City’s gritty post-modern world, is only onscreen for a brief moment in Cyberpunk 2077. Still, she plays a significant and memorable role in the game’s story.

Players first meet Evelyn Parker in the early hours of Cyberpunk 2077. She gives protagonist V and his partner Jackie Welles a Braindance of a recent meeting with corporate leader Yorinobu Arasaka, which includes some crucial information for the pair’s planned heist of a valuable bio-chip from his estate. Once the heist above goes wrong, Evelyn’s cyberware is corrupted, leaving her dazed and disoriented for several days. The Voodoo Boys attack the Braindance club Evelyn was hiding in with a virus, leaving her dazed and disoriented for several days. Evelyn is sold to the Scavengers in this vulnerable state, and they force her to participate in several twisted Braindance. V and Judy Alvarez would eventually save her in one of Cyberpunk 2077’s many side quests, but the trauma of her ordeal is too much for Evelyn, and she commits suicide. Despite her tragic story arc, Evelyn remains a popular character in Cyberpunk 2077 due to her fashionable appearance. Some players wish she had more screen time and character development before her fate.

Also See:  Batman is Set Loose in San Andreas by a GTA 5 Mod

Also See:  How to Boost Fps Performance for Valheim on Windows 10

CD Projekt Red’s long-awaited RPG may not have taken the gaming world by storm, but it did create several memorable characters in the gritty world of Night City, so much so that fans are still dressing up as them a year later. One such example is Cyxaricus’s spot-on impression of Evelyn Parker, which skillfully captures the character’s style and mystery during her early appearances in Cyberpunk 2077.