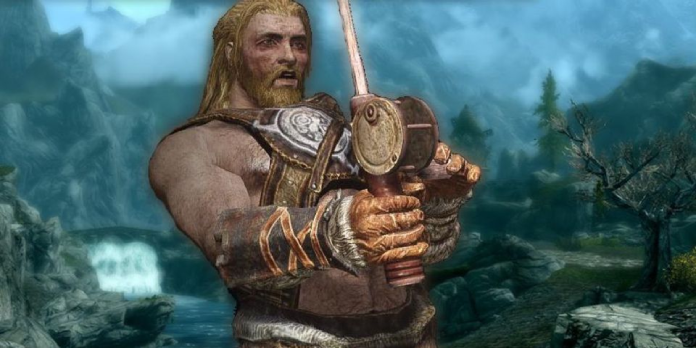 According to Bethesda, the Anniversary Edition update for Skyrim will allow players to design and add aquariums to their Hearthfire homes.

Bethesda has revealed that anglers will be able to personalize their Hearthfire manors with aquariums in the upcoming The Elder Scrolls V: Skyrim Anniversary Edition. The second remastered re-release will be available on November 11, the 10th anniversary of Skyrim, and will be available for last-gen and current-gen consoles, as well as PC. In addition, those who already own the game will be able to get a free current-gen upgrade. Aside from cosmetic and framerate enhancements, new features and upgrades will be included, such as 500 creation club pieces and a new fishing mechanic ten years after its initial release.

Every subsequent version of Skyrim has added new elements and content to the RPG, extending its longevity and replayability with enhancements for returning players. The new fishing functionality in Skyrim: Anniversary Edition is a significant element being promoted for this latest iteration of the game. Fishing was theoretically a feature in prior versions of Skyrim, as players could catch fish with their bare hands. Multiple unofficial mods have provided PC gamers with the appropriate angler experience, although the mechanic was never fully integrated. With the Anniversary Edition, that is about to change.

Bethesda has indicated that players will add fish tanks to their Skyrim homes in the Hearthfire DLC next month, as revealed on the official Twitter account. Furthermore, fish caught by players will be able to be mounted on walls. The item mounting mechanic was first introduced in Skyrim, allowing weapons to be displayed on walls through plaques. This function was later expanded in the Hearthfire DLC by allowing players to mount trophies and animal heads. There is no word on pricing, but both the current-gen Skyrim: Anniversary Edition and the previous-gen Skyrim: Special Edition will be able to use this function.

Don't tap on the glass. They don't like that…

Add an aquarium to your Hearthfire homes in Skyrim Special/Anniversary Edition on November 11 for all your fresh catches 🐟 #Skyrim10 pic.twitter.com/jAh1vjC5Qm

Aside from the Anniversary Edition upgrade, Bethesda may have more surprises in store for Skyrim’s 10th anniversary. For example, Zenimax’s newest trademark reveals that a whole new generation of Skyrim household products could be on the way very soon. If accepted and distributed, fans can expect additional stuff such as wall hangings, flags, blankets, pillow covers, and other household products to demonstrate their enthusiasm for the popular fantasy action RPG.

Following the revelation of the fishing mechanic for the Skyrim: Anniversary Edition update, aquariums appear to be natural inclusion. While fishing mods have been around for a while, the addition of fish elements such as wall mountings and interactive aquariums is an interesting touch that will help distinguish the Anniversary Edition from the many variations of the classic open-world RPG that have come before.

The Elder Scrolls V: Skyrim Anniversary Edition will be available for Xbox Series X/S, Xbox One, PlayStation 5, PlayStation 4, and PC on November 11, 2021.