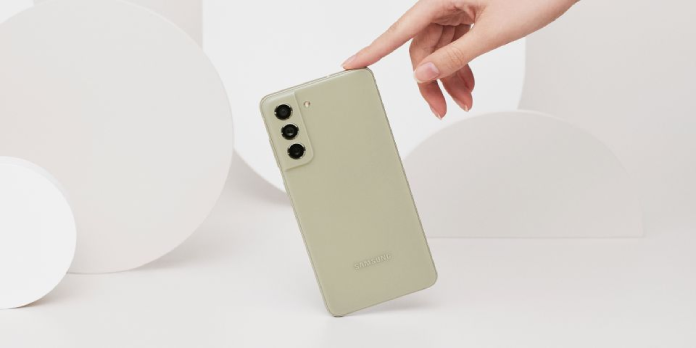 After months of rumors, Samsung has officially revealed the Galaxy S21 FE as the company’s next foray in the bargain flagship segment. The Galaxy S20 FE is considered one of the greatest smartphones of 2020. It was released six months after the normal S20, boasted many of the same features, and cost $200 less. For many shoppers, it was a near-perfect package. The S20 FE looked good, had almost all of the major flagship features, and was available at a reasonable price.

As one might imagine, it didn’t take long for rumors of its replacement to start circulating. Since the Galaxy S21 series launch in January 2021, there has been mounting speculation about when the S21 FE will arrive. Specs began to emerge in May, renderings became widely available in July, and the S21 FE was expected to debut in August. The month of August passed, as did the rest of 2021, with no indication of the Galaxy S21 FE. Samsung is ready to correct this in January 2022.

Also See:  Galaxy A13 5G 50MP camera might be the start of a new trend

Samsung unveiled the Galaxy S21 FE on January 3 at CES 2022 in Las Vegas. As the rumors predicted, the phone appears almost comparable to the standard S21. It’s made of plastic, features a centered hole-punch cutout in the display, and the rear camera housing blends seamlessly into the frame. It’s also the same width as the Galaxy S21, with a 7.9mm thickness. The S21 FE does away with the two-tone hues of its predecessor, but there are few other physical differences.

The S21 FE offers a relatively familiar arrangement when it comes to the camera. The primary sensor is a 12MP sensor with optical image stabilization and an aperture of f/1.8. A 12MP ultra-wide camera and an 8MP telephoto camera are also included, with the latter offering 3x optical zoom and 30x ‘Space Zoom.’ The rest of the spec sheet is likewise information that everyone should know. The phone has an IP68 dust/water resistance rating, Samsung Pay NFC support, dual speakers, and Android 12 with One UI 4 out of the box.

In a nutshell, the Galaxy S21 FE is a fantastic phone. It boasts a sleek design, a powerful processor, tried-and-true cameras, and much more. The issue is the time of its release as well as the cost. The S21 FE is only $100 cheaper than the ordinary Galaxy S21, thanks to its $699 MSRP. Worse yet, the S21 is rarely sold for the full $799 price tag these days, instead of selling for $699, $649, or even less. When you add in intense competition from Google and Apple, as well as the upcoming release of the Galaxy S22 series next month, the Galaxy S21 FE finds itself in an odd spot. The phone will be available for purchase on January 11 through Samsung’s website and third-party carriers/retailers.