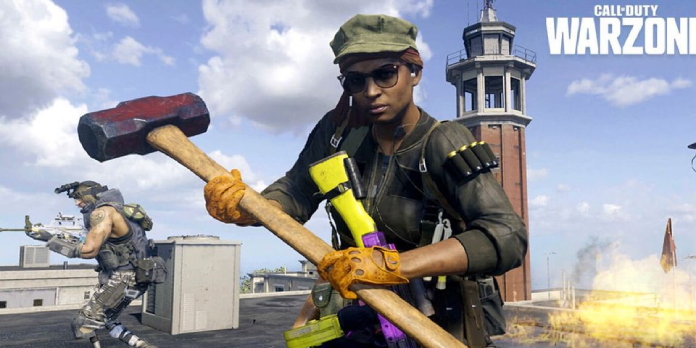 Players in Call of Duty: Warzone has identified multiple usernames that parody the game’s anti-cheat algorithms, indicating that the system is broken.

Warzone users spoof Raven Software and Infinity Ward’s anti-cheat procedures with their usernames. This new trend is in response to the December deployment of the Ricochet anti-cheat technology. While gamers had hoped that the new approach would assist in reducing cheating in Warzone, it appears that cheaters have found a means to dodge penalties.

Since the beginning of Warzone, cheating has been one of the most serious difficulties. The addition of cross-play to Warzone has been a failure for console players. PC players benefit from precise accuracy with the mouse and keyboard and the ability to exploit bugs in the game’s code. As a result, many console gamers have expressed their dissatisfaction with the crossplay feature, requesting that the developers remove it or completely rework it to provide console players with a better gaming experience. The Ricochet anti-cheat technology, created for both Warzone and Call of Duty: Vanguard, was designed to be the most powerful weapon against cheaters. It doesn’t appear to have worked so far.

Cheaters are openly ridiculing the developers with their identities, according to Reddit user JimShirls (via Game Rant). The message singles out one player with the moniker “YesImHacking,” which appears to be strong evidence that the player is cheating. Other players saw usernames like “NiceAnticheat,” “ActivisionLOL,” and “ITz-NoT-LUCK” and reported similar concerns. These accounts appear to be snubbing current developer Infinity Ward, boasting that the anti-cheat system failed to detect them.

Cheating has been one of the most common accusations among Warzone gamers, not just on console but also on PC. Warzone is riddled with bugs that make competitive play difficult, making the game feel unfair. As a result, Warzone players have expressed their displeasure at cheaters, yet there are other exploits in Warzone that players frequently take advantage of. Skins, weaponry, and even the maps themselves can be messed up to the point of being unplayable. Players frequently submit videos of strange deaths caused by glitches and players exploiting them via wall-hacking.

Also See:  How to Boost Your Wi-Fi Network Signal and Increase Range with DD-WRT

Even though Warzone is still one of the most popular battle royale games globally, cheating is still a dark mark on the game. While there is still optimism that the developers can cure cheating and improve Warzone, players must be discouraged by the presence of people mocking the existing anti-cheat system.