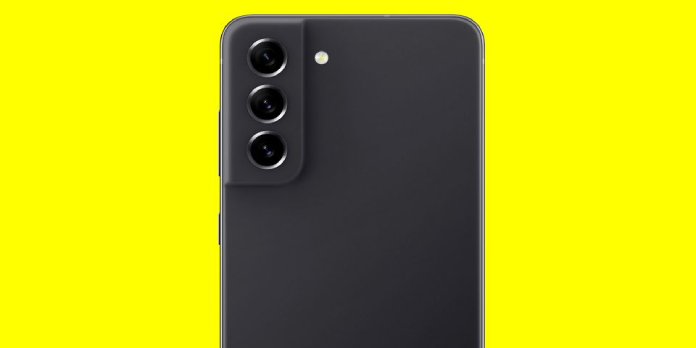 A Samsung Galaxy S21 FE was supposedly sold from a South African retail location, and the buyer detailed his experience on Reddit.

The new Samsung Galaxy S21 FE is one of the most well-guarded secrets in the phone business. The latest chapter to its leak narrative comes from a South African dude who managed to purchase one from a retail source and posted an unpacking video and photographs of the gadget. The newest member of Samsung’s Fan Edition family has already been revealed on the company’s official website, with leakers releasing everything from official images and specifications to thorough hands-on footage.

The phone is likely to make its formal debut in the first week of January during Samsung’s next Unpacked event. It’ll be a diluted version of the original Galaxy S21. According to the sources, Samsung will compromise the camera and charging capabilities, while the internals’ design and rest will remain essentially unchanged. In terms of the asking price, trustworthy sources forecast a starting price of $699, which is reasonable given the hardware on offer.

The latest leak comes from a Reddit user who claims to have acquired a Galaxy S21 FE unit in South Africa for ZAR12,999, which roughly amounts to $830 at current exchange rates. In the accompanying hands-on video, the phone is shown in its olive green accent, which looks like a soft shade of khaki. The phone, however, is claimed to be available in purple, white, black, and silver colours. The early Galaxy S21 FE buyer also revealed some camera samples and critical imaging hardware information, which are consistent with leaks from the past few months.

Another day, another leak about the Galaxy S21 FE.

Even the whole official product brochure for the Galaxy S21 FE has appeared online, and the only thing left to do is wait for the namesake official announcement, which will take place in just over a week. So let’s get down to business with the specifics. A 6.5-inch Full-HD+ OLED display with a 120Hz refresh rate is included in the phone. However, unlike the Galaxy S21 Ultra and the iPhone 13 Pro, there is no adjustable refresh rate technology on display here. The phone is powered by Qualcomm’s Snapdragon 888 SoC, while other territories will get an Exynos version with six gigs of RAM and 128 gigs of onboard storage. However, a microSD card cannot be used to expand storage.

A 12-megapixel primary camera is on the rear, with a 12-megapixel wide-angle and an 8-megapixel telephoto camera. In keeping with Samsung‘s Infinity-O design language, a 32-megapixel selfie camera sits in a centre-aligned hole-punch cutout on the front. The lights are kept on by a 4,500mAh battery, supporting 15W rapid charging. Unfortunately, wireless charging looks to have been dropped by Samsung as a cost-cutting strategy.