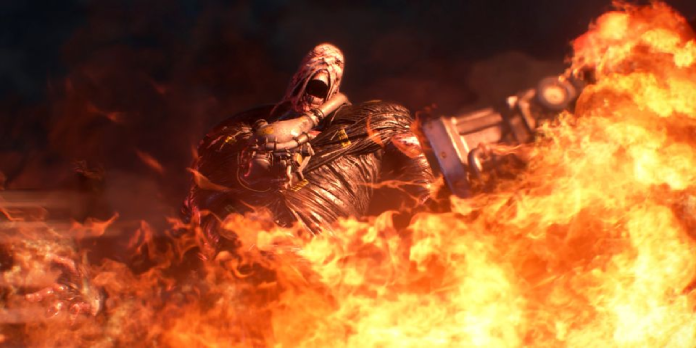 Thanks to one extremely creative modder, the incredibly intense remakes of Resident Evil 2 and 3 can now be played with full VR and motion controls.

Thanks to a new VR compatibility mod, the latest remakes of Resident Evil 2 and 3 are now much scarier. Both games were published in the late 1990s on the first PlayStation, which startled audiences due to the lack of hardware capability found in today’s gaming devices. Graphics have gone a long way since the original PlayStation, providing Capcom with a perfect opportunity to revamp some of their most popular Resident Evil games.

After a succession of games that failed to meet Capcom’s expectations, the studio rebooted the Resident Evil franchise with Resident Evil 7. Resident Evil 7 not only rekindled the world’s passion for the franchise, but it also became Capcom’s second best-selling game of all time, thanks to the series’ return to its horror origins. No one anticipated the devs to follow up RE7’s success with one of the finest remakes of all time: Resident Evil 2. Fans had much to think about until the Resident Evil 3 remake was released the next year, with gorgeous graphics and a wonderful blend of tense gameplay and scares. The only way these games could be more horrifying with current graphics and sound design is if they were fully VR compatible, and one modder has determined to make that nightmare a reality.

According to Kotaku, Resident Evil 2 and Resident Evil 3 remakes are now playable in VR with complete motion controls. While the mods are still in the early stages of development, modder praydog has managed to integrate complete motion controls, head-based movement and smoothed up several other processes to make playing the Resident Evil remakes in VR a pleasant experience. Many mods have added humorous adversaries to Resident Evil 3, such as Shrek, but this one tries to help gamers get the most out of these difficult games. For anyone daring enough to try, detailed instructions on playing and installing the mods are available on Github.

As players dodge zombies and use the VR’s motion controls to eliminate deadly assailants with more precision than before, the version truly displays the praydog’s modding abilities. The RE remakes were designed to be played in the third person, but playing them with this well-made VR mod could provide a more adrenaline-pumping immersive experience.

Many people have commented on how swiftly video games have progressed over time. Still, few examples demonstrate the point better than comparing the original PlayStation Resident Evil 2 to this VR mod for the Resident Evil 2 remake. With virtual reality gaming bringing a new degree of immersion to the future of entertainment, game creators will hopefully be able to push the boundaries of storytelling with this new technology. With the recent release of Resident Evil 4 VR, Capcom has demonstrated that it can make excellent use of the technology. Resident Evil 7 was published with PlayStation VR support, but no other VR headset or PC has received official support for the feature. Until more game makers hop on board the VR train, talented modders like praydog may continue to be the main source for fantastic VR experiences like the Resident Evil 2 & 3 mod.

The remakes of Resident Evil 2 and 3 are available for the PlayStation 4, PlayStation 5, Xbox One, Xbox Series X|S, and PC.