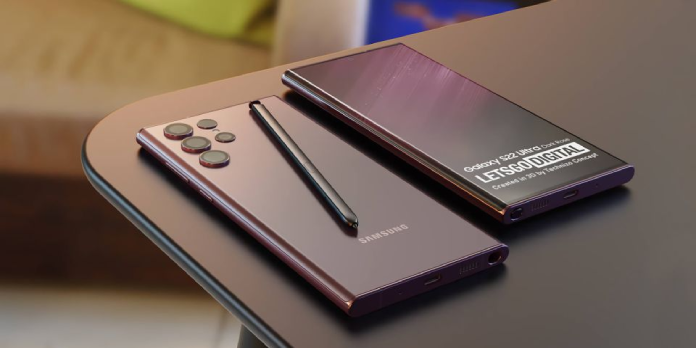 The launch of Samsung’s Galaxy S22 Ultra is approaching, and the latest renders based on leaks look stunning in five lush and satiny colors.

Samsung‘s newest flagship, the Galaxy S22 Ultra, is slated to be released in the first two months of 2022, and early leaks have revealed some details about the device. None have captured the full elegance of the design like the most recent renders. The Galaxy S22 Ultra is said to be a departure from past models, with a mix of flat and rounded edges and a space for an S Pen. It’ll undoubtedly be a strong device with distinctive style, offering enthusiasts something to anticipate.

Samsung’s S series phones are usually released in the first quarter of the year, with the Galaxy S3 arriving in May and the Galaxy S21 arriving in January. February is the most typical month for the debut of a new Galaxy S series phone, having happened six times in the last 12 years. Thus the odds are stacked in favor of the Galaxy S22 Ultra being unveiled in just a month. Meanwhile, there are some major leaks, juicy speculations, and stunning renders.

Also See:  How to Set Up Automatic Outlook Out-Of-Office Replies

Let’s Go Digital is known for producing some of the best renders of upcoming Samsung goods, and the new Galaxy S22 Ultra photos are stunning. These renderings displayed multiple perspectives and five colors that have been rumored for the new Galaxy S22 Ultra, based on a leaked poster showcasing one legitimate shot of the future Samsung flagship. Along with the traditional black and white that remains popular but less fascinating alternatives, dark forest green, deep crimson, and a somber dusk purple are featured.

The most popular theory about Samsung’s Galaxy S22 Ultra is that it’s a Note phone. An S Pen with rounded sides and a flat top and bottom is depicted on the leaked poster. Because the S Pen is the same size and appearance as the Galaxy Note 20, the new Galaxy S22 Ultra may feature a place for it. Even though the actual name is Galaxy S22 Ultra, this makes it a Note.

Other rumors that have piqued people’s attention concern the camera technology, which will surely be superior to the previous version. Instead of the project as it has in recent generations, the camera array will likely be merged straight into the body. If the rumors and renderings are correct, the Galaxy S22 Ultra, a hybrid of two Samsung phone lines, will be one of the most intriguing new phones in a long time.