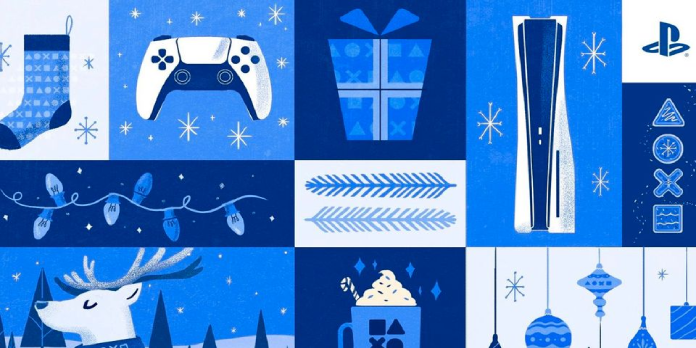 To commemorate the holiday season, PlayStation and Sony have released some brand new holiday cards featuring some of the top titles and developers in the industry.

It’s the season for festivities, family time, gifts, and games, and PlayStation has the cards to mark the occasion. PlayStation has introduced various cards from franchises like Ratchet & Clank to Mortal Kombat to Grand Turismo for players who want to give a present to a fellow gamer in their life or send a card to let them know they’re thinking about them.

PlayStation is having an up-and-down year as we approach the conclusion of 2021. While 2021 has produced some of the best PlayStation games ever, such as Returnal, Ratchet & Clank: Rift Apart, and Deathloop, it has also had its share of problems. A year after its release, supply-chain issues have made finding the newest edition of the machine, the PlayStation 5, practically hard. Gamers worldwide have been irritated by the shortage of new games on the horizon, the discontinuation of some treasured services such as PlayStation 4’s Communities, and the ongoing conflicts over exclusives. That hasn’t stopped Sony from getting into the festive spirit with the help of a few close friends.

Sony has posted a slew of holiday cards with gaming themes on the PlayStation website. Many of these cards are from the game’s creators, such as Insomniac Games (Ratchet & Clank), Santa Monica Studios (God of War), and Naughty Dog (Jak & Dexter Christmas card). Some of the most well-known PlayStation characters, such as Kratos, Sub-Zero, Lara Croft, and others, are featured on these cards. The cards are not only a terrific gift for a fellow gamer in your life, but they’re also a way for Sony and those studios to convey their gratitude to all of the players who have supported them.

The year 2022 is still shaping up to be a huge one for Sony. Horizon Zero Dawn, Gran Turismo 7, and God of War: Ragnarok are just a few of the highly anticipated PlayStation exclusives that will be released in the new year. Gamers will be hoping to get their hands on one of these new releases if they haven’t already gotten their hands on a PlayStation 5.

As a result of the ongoing supply chain challenges, an increasing number of players are considering reducing console exclusivities and transferring titles to new platforms. Sony and PlayStation have already taken a proactive approach to port PlayStation titles to PC, and many expect this trend to continue in 2022. Some people also expect Sony and Microsoft to modify their licensing agreements, allowing more games to be transferred between the consoles. For the time being, PlayStation enthusiasts can console themselves with their library of games and these amusing holiday cards.

Another MCU Black Widow Outfit Has Arrived in Marvel’s Avengers