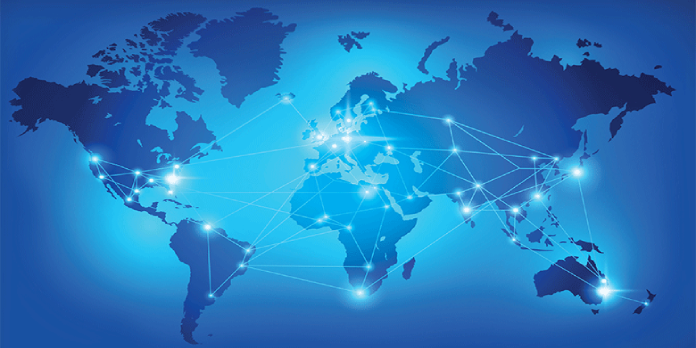 Here we can see, “What Is the Differences Between a VPN and a Proxy Server?”

What is a virtual private network (VPN)?

A VPN (a virtual private network) is a service that allows you to access the internet safely and securely. Users can use a VPN to increase their online privacy and anonymity and bypass geographic-based filtering and censorship. VPNs function by extending a private network across a public network, allowing users to send and receive data securely over the internet.

A VPN is typically used across a less secure network, such as the internet. Internet service providers (ISPs) typically have a lot of information about their customers’ actions. Furthermore, some insecure Wi-Fi access points (APs) may provide an easy way for attackers to acquire a user’s personal information. To circumvent these invasions of privacy, an internet user could utilize a VPN.

VPNs can be used to mask a user’s browsing history, IP address, geographical location, web activity, or the devices they’re using. Anyone else on the network will be unable to see what a VPN user is doing. As a result, VPNs have become a popular tool for ensuring online anonymity.

A VPN encrypts data at the transmitting end and decrypts it at the receiving end using tunnelling protocols. To improve the security of online activity, the originating and receiving network addresses are additionally encrypted.

On mobile devices, VPN apps are frequently used to safeguard data flows, and they can also be used to access geo-restricted websites. Secure access using a mobile VPN, on the other hand, should not be confused with private surfing. Private surfing does not need encryption; it is merely a browser setting that prevents the collection of personally-identifying information.

When it comes to implementing a VPN, network administrators have numerous alternatives, which include the following.

Clients for remote access connection to a VPN gateway server on the company’s network. Before allowing access to internal network resources, the gateway asks the device to confirm its identity. To secure the connection, this type typically uses IPsec or SSL.

On the other hand, a site-to-site VPN employs a gateway device to link a whole network from one location to another. Because the gateway manages the connection, end-node devices in the remote site do not require VPN clients. IPsec is used by the majority of site-to-site VPNs that connect over the internet. It’s also popular for them to use carrier Multiprotocol Label Switching (MPLS) connections for site-to-site VPNs rather than the public internet. Layer 3 (MPLS IP VPN) or Layer 2 (virtual private local area network service) connectivity can be provided over the base transport links.

The server remains at the organization’s network’s edge in a mobile VPN, allowing authenticated, authorized clients to secure tunnelled access. Mobile VPN tunnels, on the other hand, are not bound by physical IP addresses. Instead, each tunnel is assigned a logical IP address, and the mobile device retains the logical IP address. A good mobile VPN keeps users connected and can transition between different access technologies and public and private networks.

A VPN appliance, sometimes known as a VPN gateway appliance, is a network device that provides greater security. It’s also known as an SSL VPN appliance, and it’s a router that protects, authorizes, authenticates, and encrypts VPN connections.

Dynamic multipoint virtual private network (DMVPN) On VPN routers and firewall concentrators, a DMVPN creates a mesh VPN service. Each remote location has a router set up to connect to the company’s headquarters device (hub), giving them access to its resources. When two spokes need to communicate data — for example, for a voice over IP (VoIP) phone conversation — the spoke will contact the hub, collect the necessary information about the other end, and establish a dynamic IPsec VPN tunnel between them.

What is a proxy server, and how does it work?

Any system that translates traffic between networks or protocols is referred to as a proxy server. It’s an intermediary server that sits between end-user clients and the websites they visit. Depending on your use case, demands, or company policy, proxy servers provide varying functionality, security, and privacy levels.

In the name of data security and network performance, modern proxy servers do much more than forwarding web requests. Proxy servers operate as a firewall and web filter and provide shared network connections and caching data to speed up common requests. A good proxy server safeguards users and the internal network from the evil things that live out in the wild internet. Finally, proxy servers can give you a lot of privacy.

Not all proxy servers are created equal. It’s critical to understand exactly what functionality the proxy server provides and ensure that it fulfils your needs.

A transparent proxy informs websites that it is a proxy server, but it will still give your IP address to the web server, allowing it to identify you. Transparent proxies are commonly used for content filtering by businesses, public libraries, and schools since they are simple on both the client and server sides.

An anonymous proxy will identify itself as such, but it will not reveal your IP address to the website, preventing identity theft and keeping your surfing history private. They can also prohibit a website from delivering you location-based targeted marketing information. For example, if CNN.com knows you live in Raleigh, NC, they will offer you news stories that they believe are relevant to Raleigh. Browsing anonymously will prevent ad targeting tactics from being used on a website, but it is not a 100% guarantee.

While representing itself as a proxy, a distorting proxy server sends you a bogus IP address. This accomplishes the same goals as the anonymous proxy, but you can appear to be from another area and circumvent content restrictions by using a phoney IP address.

High-anonymity proxy servers change the IP address they display to the webserver regularly, making it difficult to track down whose traffic belongs to whom. Proxies with high anonymity, such as the TOR Network, are the most private and safe way to browse the internet.

The main differences between VPN and proxy

Comparison of VPN and proxy

Is using a VPN better than using a proxy?

Yes, a VPN is preferable since it encrypts your traffic and provides privacy and security by routing it through secure VPN servers. A proxy routes your traffic through a mediating server, and however, it does not always provide additional security. Furthermore, unlike proxies, VPNs protect all of your traffic at the operating system level. When it comes to the proxy vs. VPN discussion, the latter is the winner.

Is it necessary to use a proxy if you have a VPN?

No. Premium VPN services perform the same functions as proxies, as well as a lot more. For a quick IP change, you could use a proxy but bear in mind that not all proxies are safe, and some of them may collect your information.

Is it possible to use a VPN and a proxy at the same time?

VPNs and proxies can be used simultaneously, although configuring them might be difficult. We also advise avoiding it because the proxy will add another middleman to your internet connection, slowing it down without providing any substantial benefits. When using them, it’s best to use one or the other.

Is it better to utilize a free proxy server or a free VPN?

Free proxy and VPN services may put your security and privacy at risk. Developers can eavesdrop on your data in the background, bombard you with adware, or limit the amount of data you can use since they have to generate money somehow.

Premium VPNs put a lot of money into their infrastructure and offer top-notch encryption. They provide you with a large server base, round-the-clock customer assistance, and ongoing service improvements. We advise against using free proxies and VPNs since a few pennies saved could wind up costing you a lot more in the long run.

A VPN can be used to get around a proxy server or firewall, preventing your computer from being routed to a website it doesn’t want to see. Even if your data is sent through a proxy, hackers will be unable to recognize and use it.

VPNs are widely used to fool Netflix’s location detection servers by routing your internet connection through an IP address associated with a certain location. When Netflix notices this, it blocks that IP address and additional IP addresses belonging to the same host.

Why does Netflix prohibit the use of a virtual private network (VPN)? Netflix prohibits VPNs because it does not have the legal authority to stream material in some areas. It violates the copyright agreement when a user attempts to access content that is not available in their region, and streaming firms are responsible for preventing this violation.

Also See:  Should I Leave My Laptop Plugged In All The Time?

What’s the Difference Between a VPN and a Proxy? from NetflixViaVPN

Should I use Proxy + VPN or just one of them? PIA from VPN