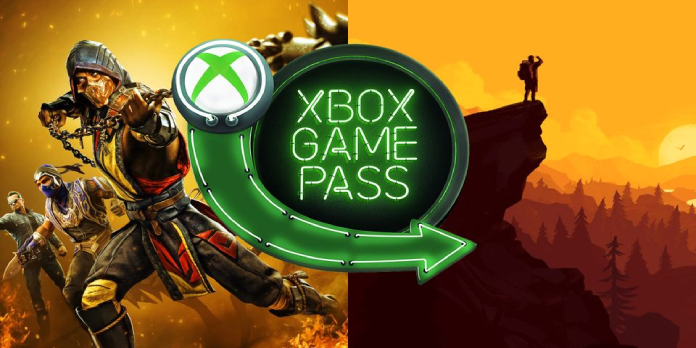 According to Microsoft, mortal Kombat 11, Broken Age, and Firewatch are among the new games coming to Xbox Game Pass in December 2021.

Firewatch and Mortal Kombat 11 are two of the new titles coming to Xbox Game Pass in December, according to Microsoft. These games will join Aliens: Fireteam Elite, Among Us, One Piece: Pirate Warriors 4, and Stardew Valley, which have all been added to Xbox Game Pass this month.

The Xbox Game Pass lineup for the 2021 holiday season was impressive. With Age of Empires IV arriving on PC Game Pass in October, Forza Horizon 5 launching in early November, and Halo Infinite’s solo DLC launching in December, the service has added significant first-party titles. Thanks to a recent Xbox Cloud Gaming service extension for the consoles themselves, users can now go right into games without having to wait for lengthy downloads, and Xbox One players may also stream Xbox Series X/S games to their system.

Also See:  After all, the Galaxy S21 FE may offer one significant benefit

Xbox Game Pass has announced its line-up for the second half of December, with various new games set to be added to the subscription service starting December 15. Ben 10: Power Trip, Broken Age, Firewatch, The Gunk, Lake, Mortal Kombat 11, Race With Ryan, and Transformers: Battlegrounds are among the highlights, which feature family-friendly adventures and legendary hits. The following is the complete list:

This is not a mirage, you are not hallucinating. these games are all coming soonhttps://t.co/kbWgDCOH1x pic.twitter.com/Zt193AJLiw

It’s not surprising that Mortal Kombat 11 has been added to Xbox Game Pass. Last month, the official Xbox Game Pass Instagram page teased Mortal Kombat with a video skit that showed Scorpion using his spear attack to rip an Xbox controller from a player’s hands. Firewatch comes as a bit of a shock, but it’s not an unpleasant one: it’s a critically praised adventure game that’s an excellent fit for the service. The Gunk is a sci-fi action-adventure game set in a strange universe. The game is a PC/Xbox exclusive that was supposed to be out in September but was postponed until December. The pre-load is presently available for those interested in trying out The Gunk.

It’s not surprising that Microsoft is stacking Xbox Game Pass in December, as this is the company’s opportunity to show off the PS5, which will have no exclusives during the holiday season of 2021. The current-gen systems are still in strong demand, but the PS5 dominates the pack in terms of sales. The success of the Xbox Game Pass could determine the future of the Xbox system line, and this holiday season could be the tipping point. Xbox Game Pass is a great deal, and it’ll be much better in a year when Starfield joins the service.