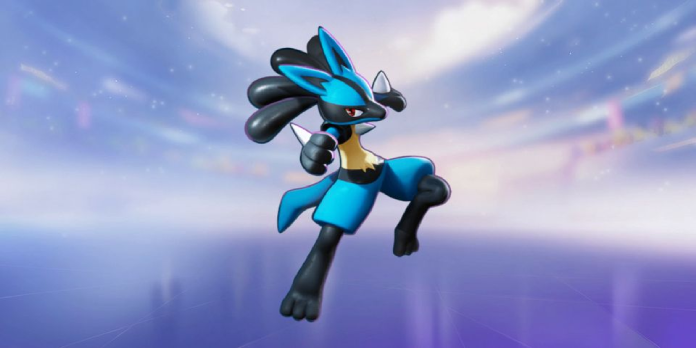 The Pokémon Unite bandit holowear (or skin) for Lucario costs $40, raising concerns that the pricing will become a pattern.

The latest Pokémon Unite holowear – the game’s equivalent of character skins – for Lucario has a $40 price tag, and players are complaining about it. A few weeks ago, the Alolan Ninetails new holowear in Pokémon Unite was priced at $40 in-game cash – or 2,499 holowear tickets. These tickets can be obtained by playing the online battle arena game, but it will take a significant amount of effort and luck to obtain that many.

Pokémon Unite debuted on the Nintendo Switch in July, followed by a mobile title in September. The game is played in a MOBA manner, a break from past Pokémon releases in favour of titles such as League of Legends and DOTA 2. Players select their favourite Pokémon and strive to outscore their opponents while working as part of a team of four other partners. The current Halloween-themed Pokémon Unite event added a new playable character in the form of the squirrel Pokémon Greedent and a few new cosmetic holowear items.

Viewers were made aware that the new Lucario Bandit holowear costs the same as the previous Alolan Ninetales skin – equivalent to $40 in real-world US dollars – thanks to a Reddit post by Aniqiee. Many of the top comments expressed shock at the news, but few were shocked. Given that the bandit-themed Lucario holowear is the second $40 skin for Pokémon Unite, many gamers appear to feel this is a trend. One user even proposed a complete boycott of expensive skins, writing, “Let’s boycott those skins and see if [Pokémon Unite devs] learn a lesson and either fix those skins or make them a reasonable price.”

uh oh, another skin for 40 dollars! from PokemonUnite

Pokémon Unite is a free-to-play game, but the money is made elsewhere. Microtransactions have recently become a hot topic in gaming, with several popular titles, such as Fortnite and Apex Legends, remaining free-to-play but charging players for additional privileges. In addition, some games will occasionally offer in-game advantages in exchange for real money, giving players willing to pay for such goodies an advantage. Following its release, Pokémon Unite was labelled a pay-to-win title, in part due to the game’s incorporation of five monetization schemes rather than charging a fee for the game itself.

Because Pokémon Unite is theoretically free to play – and all cosmetic enhancements are entirely optional – the obvious argument is that gamers should be patient and work hard to acquire in-game currency for desired things. However, because the amount of effort and pure chance required to accumulate these charges is so great, the pricing of skins (such as Lucario’s bandit holowear) appears to be designed to entice players to go ahead and buy them. If enough players continue to express their unhappiness, the prices should begin to change in the future.

Pokémon Unite is available for download on iOS, Android, and the Nintendo Switch.