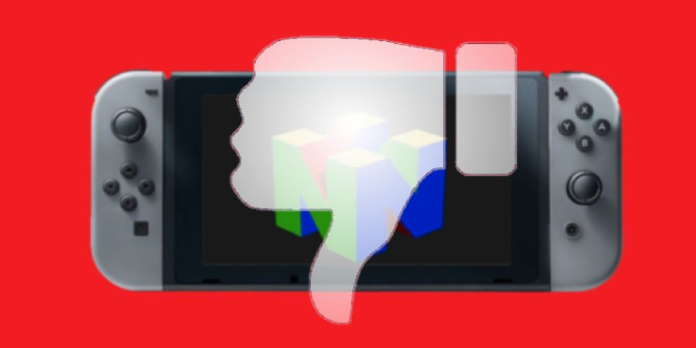 Nintendo’s revelation of the price for the Nintendo Switch Online Expansion Pack did not go over well, with over 50k dislikes on the trailer.

As demonstrated by the dislike count for the latest clip, the news of the new Nintendo Switch Online Expansion Pack is not going down well with fans. The gaming giant’s announcement appears to be a rare error, with over 50,000 dislikes on the latest teaser mere days after it debuted live. The dislikes reflect Nintendo supporters’ outrage about the Expansion Pack’s recent announcement rather than the video’s quality.

Nintendo fans were astonished to learn that the Nintendo Switch Online Expansion Pack, which will be launched soon, will cost $49.99 per year. Fans were highly negative about the announcement, which cost $30 more than Nintendo Switch Online’s basic bundle. This comes just a few weeks after it was revealed that the Nintendo Switch Expansion Pack would allow players to access and play classic Nintendo 64 and SEGA Genesis titles. What had been viewed as a huge marketing victory for Nintendo suddenly soured as fans baulked at the cost of playing some of their favourite classic games.

This rage has spilt over onto the Nintendo channel’s YouTube video for the reveal trailer. The video has already received over 50,000 dislikes, compared to barely 15,000 likes, just two days after it was posted. The film is on course to become one of Nintendo’s most hated videos, with a dislike-to-like ratio of almost 3:1. Fans are voicing their anger at the Expansion Pack price in the video comments, much as they did on Twitter after the announcement.

The revelation at last month’s Nintendo Direct that Nintendo Switch owners would be able to play classic Nintendo 64 and SEGA Genesis games was a huge hit. The prospect of getting to play vintage titles like The Legend of Zelda: Ocarina of Time or Mario Kart 64 had players drooling. It was also considered a way for elder gamers to share their childhood memories with their children, bridging the gap between generations of gamers. Instead, Nintendo is suffering as a result of the move.

It’s not the first time Nintendo has had a public relations blunder with the Switch. Nintendo’s recent Nintendo Switch OLED announcement upset enthusiasts, as many gamers expected the next generation of the Switch to feature 4k capabilities and upgraded hardware. But even that disappointment didn’t seem to enrage Nintendo fans as much as the Nintendo Switch Online Expansion Pack price. Nintendo has yet to make a public statement about the reaction of fans to the announcement.

Elves and Krampus have been added to Call of Duty’s Festive...