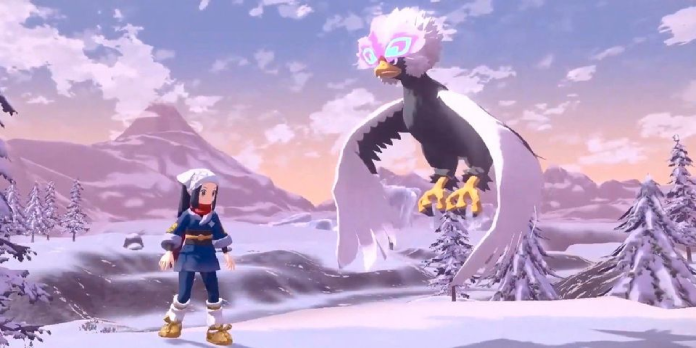 The narrator in a new teaser for Pokémon Legends: Arceus travels a cold mountain before being assaulted by an unknown Pokémon.

In the spirit of a discovered footage documentary, a new teaser for Pokémon Legends: Arceus has been published, providing additional insights into one of the game’s settings. In many aspects, Pokémon Legends: Arceus will alter the Pokémon formula, but it will still require players to capture and develop Pokémon as they travel through a region, defeating increasingly powerful adversaries.

The new Pokémon game will be set in the Hisui area, the same as the Sinnoh region from Pokémon: Diamond and Pearl, which is set in the distant past. Players will be based in Jubilife Village, a forerunner of the same-named city in Sinnoh. Players would travel from their base to several zones on the globe to do chores, similar to the Monster Hunter series. It has been proven that prior rumours about Pokémon Legends: Arceus being open-world was inaccurate.

The place is shown in the new Pokémon Legends: Arceus clip, which The Official Pokémon YouTube Channel posted, is most likely one of the game’s zones. The scenery appears mountainous and snowy, but features are difficult to discern due to the grainy aspect of the footage. There are several Snorunts in the region and an unknown Pokémon that the narrator misidentifies as both a Vulpix and a Growlithe before recognising it is neither. Although the static in this scary Pokémon Legends: Arceus video precludes any clear view of what transpires, the strange Pokémon appears to assault and drag the narrator away.

The aggressive Pokémon in Arceus’ trailer is most likely a Noble Pokémon, which is one of the boss fights in Pokémon Legends: Arceus. The cold environment in the teaser is a stark contrast to the verdant plains and valleys that have dominated the game’s marketing thus far. This means that players will be able to explore a wide range of terrain types in Pokémon Legends: Arceus’ zones. The frightening Pokémon Legends: Arceus teaser has a darker tone than anything else in the Pokémon games so far, indicating that the final release will have a more serious plot.

On January 28, 2022, Pokémon Legends: Arceus will be released on Nintendo Switch.

Ray Tracing and 8K Resolution in God of War 3 With...