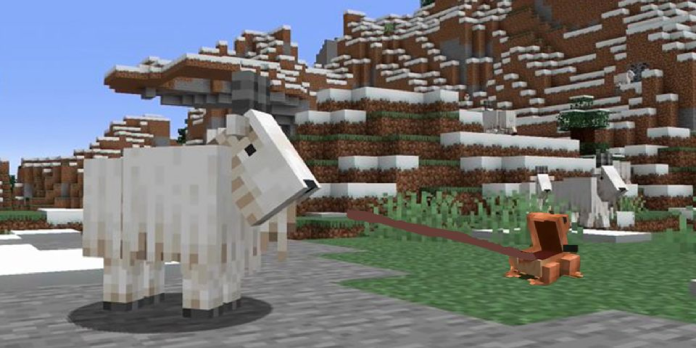 A Minecraft gamer recently found that frogs can devour goats. The two mobs rarely interact with one another in regular conditions.

A Minecraft player has discovered something disturbing about the game’s frogs and goats: the former can eat the latter. Despite being over a decade old, the well-known sandbox title has remained current thanks to constant adaptations that allow players to push the in-game bounds with their designs.

Mobs in Minecraft are AI-driven entities that display distinct behaviours and can be found all around the blocky world. Mobs are classified according to how they react to the player, ranging from being passive even when attacked to being violent at first sight. Frogs and goats are both more calm Minecraft mobs, with goats being the more aggressive of the two when interacting with the player and other mobs. However, following discovery, it appears that goats should be directing their rage at a much smaller entity.

In the world of Minecraft, frogs are predators of goats, as demonstrated by Reddit user JamesLovesTV in a short video. The player manually spawns both mobs in the video, only to witness the frogs not only devour the goats as soon as they are in range but also actively pursue them if they are not. Many of the comments were enthralled by this finding and wanted to know where the frog-feeding frenzy ended.

The frogs can eat goats. from Minecraft

Frogs and goats rarely interact with one another in Minecraft under normal circumstances. The unexpectedly hungry amphibians spontaneously appear in swamp environments, usually in flat lowlands that can occasionally even reach below sea level without the intervention of manual spawns. On the other hand, goats thrive in high-altitude environments like icy peaks, craggy peaks, and snowy slopes. Understandably, this unique gameplay element has gone mostly undiscovered for so long, given the vastly varied Minecraft biomes that cause these natural spawns.

While frogs are known to consume anything that fits in their mouths in real life, the game’s creators appear to have taken that idea a step further. With this latest discovery, it’s only logical to speculate about the size of the mob that those blocky amphibians can consume. As a result of the comments to JamesLovesTV’s post posing some prospective tests, it’s feasible that more information will become available shortly. Whatever the case may be, this demonstration demonstrated that the developers’ decision to make frogs passive is beneficial for Minecraft users.