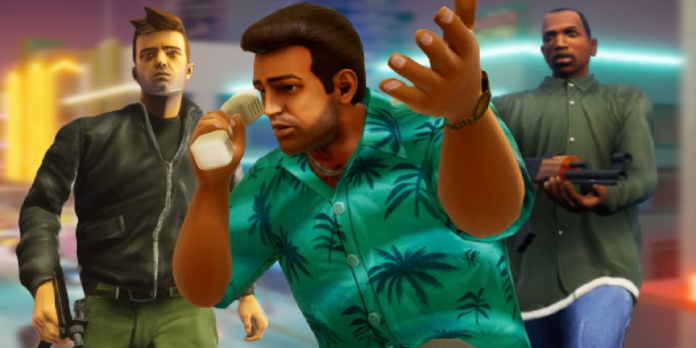 Following the release of the video for Grand Theft Auto: The Trilogy – Definitive Edition, some fans took to social media to critique the game’s art style.

While no footage or photos were publicly released until today, multiple leaks suggested that the collection will meet the standards of the rumoured big graphical overhauls. Furthermore, the PC requirements for the next title appeared to be higher than expected, presumably validating suspicions that the game would contain enhanced visuals. GTA trilogy remaster system specifications were revealed to have updated high-resolution textures, larger draw distances, new lighting, and modern controls, sizing up to roughly 45 GBs and requiring at least 2 GBs of video RAM. Nonetheless, its graphics were said to be the same as in the 2000s, with only minor enhancements – which some fans eventually consider to be incorrect.

Following the release of Grand Theft Auto: The Trilogy – The Definitive Edition’s complete video, many fans rushed to social media to criticise the game’s new graphic style and visual depiction. The remaster was created using Unreal Engine 4 rather than RenderWare, and some have likened it to other popular titles that look similar or use the same technology. This includes games like Fortnite, The Sims, and Roblox, which most people dislike since the art design is cartoonish and does not reflect reality. Thafnine, a popular YouTuber, mocked the remaster’s appearance, claiming that Rockstar Games had “hired that man.” This refers to YouTubers that construct Unity and Unreal Engine fan project remakes of popular games and exhibit them for entertainment purposes.

The trailer was super overwhelming, but I hate how the characters look less intimidating and more like the Sims now. pic.twitter.com/eg2pIi5sRC

Although the new title has received substantial enhancements, this disdain is directed squarely at the GTA trilogy remaster’s characters and Rockstar’s decision to pursue a more cartoon-style approach. The trailer hints that the impending GTA trilogy remaster improves the aesthetics of the iconic title, with Rockstar possibly living up to its initial vision for the Grand Theft Auto franchise. Since the debut of Grand Theft Auto 3, Rockstar has employed comic-book-style artwork for its Grand Theft Auto video game covers, and this art design choice may be the closest the business has gotten to bringing its trademark covers to life.