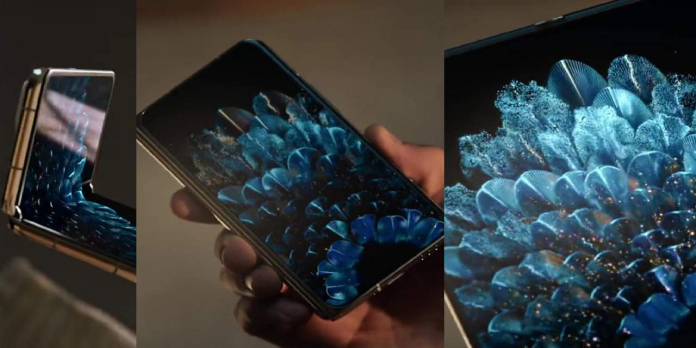 Foldable phones are no longer considered a novelty item, especially as Samsung attempts to mainstream its products. Despite guarantees of increased durability and lower prices, there are still some reservations regarding the device’s utility. On the other hand, OPPO now claims to have handled the most serious flaws, which is also why it’s late to the party. It will finally introduce the foldable OPPO Find N next week, but it will require more than words to show that it has genuinely outdone Samsung.

Foldable phones attempt to solve the seemingly contradictory challenge of desiring huge screens while still fitting in your pocket. While Samsung, Huawei, and Xiaomi’s current lineup of devices do solve that puzzle, they don’t do so in a pleasing way. The user experience for book-style foldable (as opposed to clamshells) in particular still has many opportunities for development, which OPPO is eager to take advantage of.

The most severe technological issue with foldable gadgets is their screens, where most of the magic takes place. Most smartphone displays are constructed of glass, which isn’t exactly flexible, let alone foldable. While there have been advancements in this area, compromises and limits remain, such as leaving a small gap at the fold, apparent wrinkles, and significantly more fragile material.

Despite Samsung’s advancements in reliability, the hinge remains a mystery to be solved. The hinge will always be a point of entry for dust and water, which can damage the phone from the inside out, and the wear and tear can be costly in the long term. Even if it’s not as difficult as the flexible display panel, it’s still a design and engineering problem that needs to be handled.

The Search for Answers at OPPO

Many smartphone manufacturers, from lesser-known firms like Royole to Samsung, have attempted to address those two issues. Huawei and Xiaomi have also debuted foldable phones, while Motorola dipped its toe in the water with a clamshell-style Razr resurrection. Like Lenovo and Vivo, others have experimented with prototypes, but OPPO will outshine them.

According to OPPO’s Pete Lau, the company began working on this technology in 2018, but it wasn’t until early 2019 that it demonstrated that it had a functional prototype. It opted at the last minute not to go head-to-head with the Huawei Mate X, even though they both had the same “outie” fold design, unlike the Samsung Galaxy Z Fold. Since then, there has been a slew of speculations and rumours about OPPO’s first foldable phone, the majority of which are based on patents.

Pete Lau, who left OPPO to co-found OnePlus, has returned as Chief Product Officer and says why they weren’t in a rush to be first. Learning from other people’s failures has certain wisdom, mainly if it provides them enough time to develop a better answer. The OPPO Find N, according to the executive, is that solution.

Lau makes bold promises, claiming that the OPPO Find N addresses the most pressing issues with foldable cellphones. It explicitly mentions the crease and durability issues, which he claims are addressed by today’s most incredible hinge and display designs. We won’t have to wait long to find out if that’s true, at least from afar, because OPPO pre-announced its arrival on December 15 during its OPPO INNO DAY 2021.

However, those two points are just two of the many challenges that foldable phones face today, including cameras and software. OPPO has teased a retractable camera design that will be unveiled next week. It could make an appearance on the OPPO Find N. However, this could raise the cost of the foldable phone, which is already a significant barrier to entry in this sector.

Compared to Samsung, Huawei, and Xiaomi, OPPO has relatively little expertise with Android on huge displays. Thus the user experience with the software could be a bit more challenging. It’s also too soon for it to take benefit of Android 12L. Thus the OPPO Find N is likely to ship with Android 11. It’s nice to see another large company in the foldable space, but OPPO better has proof next week to back up its boasts.