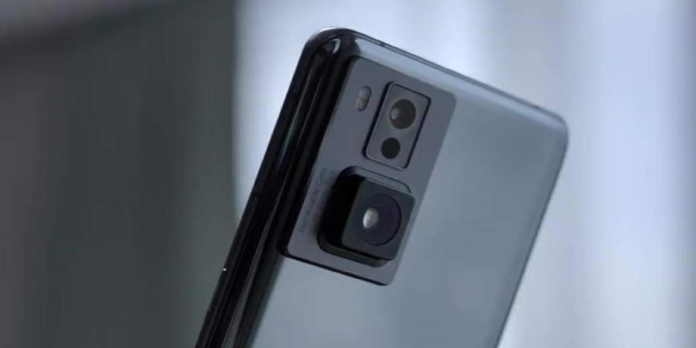 Instead of being a practical component of the design, camera bumps have become a point of differentiation for smartphones these days. The sensors and lenses that a mobile camera contains dictate and constrain its design, resulting in bulky structures that protrude from the phone’s body. As a result, the phone has an uneven rear, which causes some usage issues. While work on downsizing those hardware components continues, OPPO has unveiled an intriguing approach that allows at least one of the large cameras to go in and out of the body like a point-and-shoot camera from the 1990s.

The size of the sensor and the lenses are the two main factors that determine how large the phone’s camera modules must be. While sensors often expand in size (width and length), the lenses are utilised to determine the thickness of the camera hump. This is especially true with telephoto cameras or ones with optical zoom capabilities. The number of lenses on a telephoto camera or with optical zoom is substantially more than on a standard wide camera.

Also See:  The Newly Launched OPPO Reno3 Series Stands out in All Lighting Conditions, Delivering Clear Photos in Every Shot

Recent advancements in smartphone camera technology have given rise to the periscope-style telephoto camera, which spreads its lenses horizontally rather than vertically, as the name implies. That may not be adequate, especially as it places strict limits on the camera’s range of motion. OPPO‘s idea appears to do away with periscopes entirely favouring a telescopic device.

Most pop-ups are annoying…

But not our self-developed retractable camera! 😉

The retractable lenses of traditional point-and-shoot cameras are mimicked in OPPO‘s new “pop-up” camera concept. The seemingly flat camera rises from the phone’s surface with a single tap of the camera button, most likely to offer the camera telephoto capabilities by increasing its focal length. According to the teaser, this camera includes a 1/1.56-inch sensor, an f/2.4 aperture lens, and a focal point equivalent to 50mm.

This one-of-a-kind design solves at least two problems. The most obvious benefit is that manufacturers can provide improved mobile telephoto capabilities without enlarging the camera bump or taking up a lot of space inside the phone’s body. Another big benefit is that manufacturers can utilise the same sensor for primary and telephoto cameras without sacrificing quality.

The teaser for OPPO’s Retractable Camera shows that it is still water-resistant despite the moving parts. Like the pop-up selfie cameras, this variant has fall detection, which means the camera retracts automatically when the phone is dropped. This retractable camera will make a splash at OPPO’s annual INNO DAY next week, where it could be part of the company’s new flagship phone, which will be unveiled on December 15th.