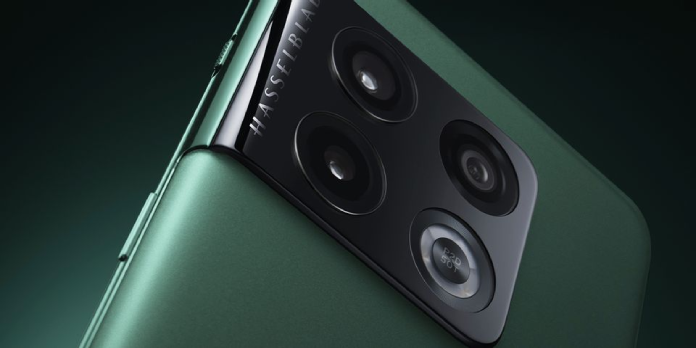 OnePlus continues to drip details on the OnePlus 10 Pro in a controlled manner, this time revealing official camera system specs and features. The planning for CES 2022 is already underway. While this year’s trade show has been quieter and toned back in comparison to prior years, it doesn’t mean no announcements have been made. Samsung unveiled the Galaxy S21 FE, Hisense unveiled its new Mini LED TV portfolio, and Intel unveiled a bevy of new 12th Gen processors.

In addition to all of this, OnePlus was a regular presence at CES. On January 3, the firm debuted the official design of the OnePlus 10 Pro. The phone’s main features, including a Snapdragon 8 Gen 1 CPU, 5000 mAh battery, and 80W wired charging, were then confirmed by OnePlus on January 4. OnePlus also revealed some of the 10 Pro’s camera specifications, including a 48-megapixel main camera, a 50-megapixel ultra-wide camera, and an 8-megapixel telephoto camera. Now, it’s January 6th, and OnePlus has revealed what these new cameras would be capable of.

The OnePlus 10 Pro introduces OnePlus’s ‘Billion Color Solution,’ which builds on the enhanced colour tuning launched with the OnePlus 9 Pro. It applies the Natural Color Calibration to over a billion hues, which was released last year. As a result, the OnePlus 10 Pro is the first OnePlus smartphone to capture full 10-bit colour in its images, and this applies to all three camera sensors. The OnePlus 10 Pro also records 25% more DCI-P3 colours and can process 64x more colours in general than the OnePlus 9 Pro. If this works as well as OnePlus promises, all three sensors should provide significantly more natural and ‘delicate’ colours.

Even more intriguing, the OnePlus 10 Pro introduces a brand-new photography mode known as ‘RAW+.’ RAW+, like Apple ProRAW, captures photographs in the RAW format while preserving the OnePlus 10 Pro’s “computational photographic components.” RAW photography is also enabled with the 10 Pro’s primary, ultra-wide, and telephoto cameras (something reserved just for the primary camera on the OnePlus 9 Pro). This year’s ultra-wide camera sensor has been improved to a 150° field of view. This is “up to four times wider than standard ultra-wide cameras,” according to OnePlus, and “enables customers to capture even more in their images.” If the 150° view is too much, users can switch to a 110° mode or use the new Fisheye Mode to “replicate the look of dedicated fisheye cameras.”

Also See:  Apple M1 Pro and M1 Max might be the next MacBook Pro chips

Last but not least, with its new Movie Mode, OnePlus is addressing video recording. Movie Mode gives OnePlus 10 Pro customers more control over their videography, allowing them to change things like ISO and shutter speed. Users can also record videos in LOG mode for greater dynamic range and editing.

While more testing is required before drawing any definitive conclusions, they all appear to be welcome additions to the OnePlus 10 Pro. Last year, the camera setup on the OnePlus 9 Pro wasn’t horrible. It was pretty enjoyable. If OnePlus has improved the colours as much as it promises, the 10 Pro should be worth shooting with just for that reason. There’s a lot to enjoy here, especially considering the much wider ultra-wide camera and RAW+ mode.