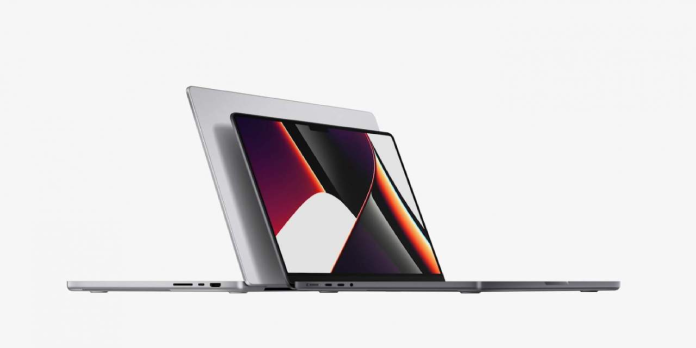 Apple announced the new model of the MacBook Pro today, along with the pricing and release date. For the first time, the MacBook Pro uses Apple’s M1 CPUs and has an industrial design that’s comparable to what we’ve seen before with a few KEY enhancements and variances. The new MacBook Pro includes many ports on either side and a notch in the display’s forehead.

A 3.5mm bezel surrounds the display on the left, right, and top of these devices (save the notch). The larger device features a 16.2-inch display with a resolution of 3456 x 2240 pixels, while the smaller has a resolution of 3024 x 1964 pixels. ProMotion is supported in both versions (120Hz image refresh rate).

Mini LED technology and XDR support are available on both devices. Both have 1000 nits of continuous brightness and 1600 nits of peak brightness, as well as a million-to-1 contrast ratio and targeted dimming zones.

Apple claims that the smaller MacBook Pro can play video for 17 hours (for battery life). The larger is said to have a video playback time of 21 hours. Both smartphones will be able to use Fast Charge technology.

These machines use three-mic arrays with six-speaker sound systems that are of “studio quality.” Four woofers, two tweeters, and “80% more bass” are included and support for Spatial Audio. This additional provision for speaker space is most likely due to the M1 chips’ substantially lower space requirements than Intel in the past – but we’ll see!

Also See:  Apple could launch a larger iPad Pro than the 12.9 model

Apple unveiled their new M1 Max and M1 Pro CPUs alongside their new MacBook Pro devices today. Apple claims that the M1 Max has a 5nm processor with a memory bandwidth of 400GB/s. This chip features 57 billion transistors, a 10-core CPU, and a 16-core neural engine. It also has a 10-core CPU and up to 32-core GPU. There’s 64GB of unified memory, a secure enclave, Thunderbolt 4 connectivity, and the ability to host four external monitors on the inside.

Two external monitors are supported by the M1 Pro chip, including up to 32GB of unified memory and 33.7 billion transistors… Essentially, it’s a scaled-down version of the M1 Max processor. Thunderbolt 4 support, a 16-core Neural Engine, and a 5nm manufacturing base are all still on the way. The M1 Pro includes a CPU with up to 10 cores and a GPU with 16 cores. There’s also a secure enclave, and both M1 (Pro and Max) contain ProRes encode and decode technology.

Stay tuned for further details on the devices’ release date and pricing range as they become available. We’ll most likely see the whole thing in the next few minutes!