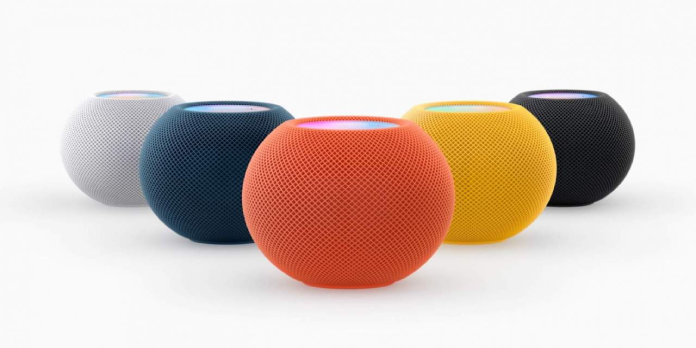 While we had a pretty decent sense of what to anticipate heading into today’s Apple event, the company started with a HomePod small update. The HomePod mini is about to gain additional models in various colours, as it turns out. While there don’t appear to be any hardware changes, these new hues provide purchasers with alternatives to the regular white and space grey models.

The HomePod small will soon be available in three new colours: blue, orange, and yellow, according to Apple. The white and space grey variants will remain available, bringing the total number of HomePod mini colours to five.

Also See:  Apple Is Bringing Its LiDAR Scanner to the Entire iPhone 13 Lineup

While it isn’t the most major change, having new colour options for people who find white and space grey to be a touch monotonous is welcome. The new colours, especially orange and yellow, appear quite bright in the photographs Apple supplied. However, when these new colours are revealed, we’ll have to see how they seem in the real world.

We won’t have to wait long to find out, as Apple has announced that the orange, yellow, and blue HomePod minis will be available in November. We don’t have a specific release date yet, but a November release indicates they’ll be available in time for the crucial holiday shopping season, which Apple will target.

These additional colours, like the previous HomePod mini colours, will cost $99. Furthermore, Apple said today that the HomePod mini would be compatible with Apple’s new Apple Music Speech plan, which will launch later this year. That multi-user voice recognition will soon be available in every region where the HomePod mini is sold. We’ll let you know when Apple announces a definite availability date for these new HomePod small hues, so stay tuned.