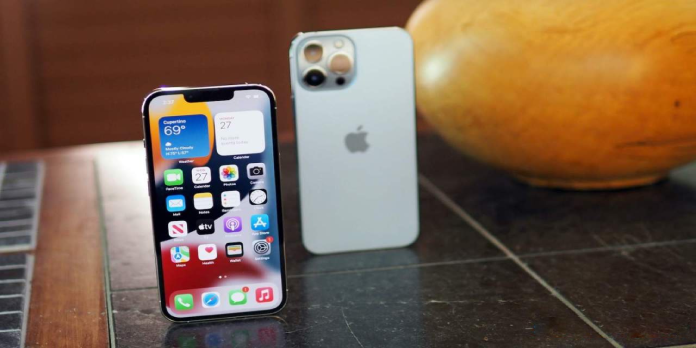 According to industry sources speaking in China in the week, plans for display type in iPhone 14 orders might be the key to a serious change in Apple’s smartphone strategy. Over the past several years, Apple’s iPhone release schedule had the brand deliver four different smartphone devices. With the data appearing in the week, it’s become more likely than ever before that Apple will reduce the latest iPhone models it reveals annually instead of using older models as just-as-good for all price tiers.

According to sources speaking with The Elec in the week, the corporate BOE is about to grow its involvement with Apple hardware manufacturing during a significant over subsequent few years. In detail on which kinds of display panels BOE will likely handle, it has been revealed that Apple is “planning to use coldness polycrystalline silicon (LTPS) OLED panels on a minimum of one among the four models planned for iPhone 14.”

The iPhone 13 works with two kinds of display boards – the professional models have LTPO TFT OLED panels (made by Samsung Display). The 2 non-Pro iPhone 13 models work with LTPS OLED. The new “more affordable” iPhone (with a 6.7-inch display) may be going to be the sole non-Pro device of the bunch.

It might be that rumors of the removal of the “mini” brand of iPhone will be replaced by a three-iPhone 14 lineup, two of which are Pro. The “four” bit noted by The Elec could potentially ask the next-generation iPhone SE, which might effectively take the place of the “mini” tier in Apple’s overall modern lineup.

If this is often all true, Apple could further differentiate the non-Pro iPhone from the professional iPhone with a significantly lower cost with 6.7-inch panels already in production by Samsung, LG, and now BOE! More competition, more supply mean lower prices and cheaper phones for the top customer.