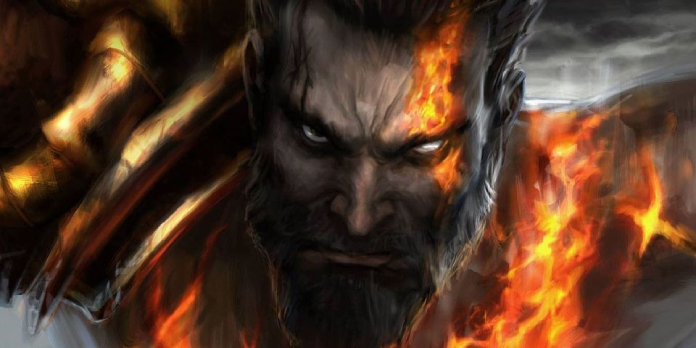 Kratos’ long-lost brother Deimos is reimagined in the God Of War Ragnarok art style, with a look comparable to the Ghost Of Sparta himself.

A new piece of God Of War Ragnarök fan art imagines what Kratos’ younger brother Deimos would have looked like if he lived through the sequel’s events to the PlayStation reboot. Deimos was first revealed as a vengeful spirit in God Of War 3 in 2010, with his past elaborated out in God Of War: Ghost Of Sparta for the PSP.

By the time of the God Of War reboot in 2018 and its planned sequel, Deimos had already died, but his life had been filled with as much betrayal and revenge as his older brother Kratos’. Deimos, the son of Zeus and the lowly Spartan Callisto, was stolen by Ares at a young age because of the gods’ suspicions that he might be the “Masked Warrior” who would destroy them and bring the end of Olympus. Thanatos tortured him at the Domain of Death, and he grew to despise Kratos for failing to rescue him for so many years. Deimos had attacked Kratos when he arrived to release his brother during God Of War: Ghost Of Sparta, but they reconciled after Kratos saved his life. Deimos’ death fueled Kratos’ hate of the Greek gods in a battle against Thanatos, which was sparked by the deaths of his wife and daughter years before.

CGI artist martin sancal recently produced a portrayal of Deimos in the style of God Of War Ragnarök on Instagram (via Game Rant), giving an interesting glimpse at how he may have appeared if he had been alive during Kratos and Atreus’ Nordic travels. Deimos appears to be older and damaged here, with a much longer black beard than in Ghost of Sparta. He’s also wearing a shoulder pauldron that looks a lot like Kratos’ in the God Of War Ragnarök character model.

After a year of ambiguity following a title reveal, Santa Monica Studio officially unveiled God Of War Ragnarök with an official teaser during PlayStation Showcase 2021. Ragnarök will take place a few years after the events of God Of War (2018) and will see Kratos and Atreus battle to solve the mystery of a prophecy foretelling the end of the world as confront renowned Norse gods like Thor and Tyr. Santa Monica has also announced that God Of War: Ragnarök will be the final chapter in Kratos’ Norse mythology adventures, fueling rumors that the events of the sequel will bring the Ghost of Sparta to an end.

Also See:  How to: Install Software Without Admin Rights in Windows 10

Deimos, Kratos’s brother, would have been handy to have around during God Of War Ragnarök, especially given his backstory placed him in the middle of an apocalyptic prophecy, just as Atreus is today. Deimos might get a fleeting mention in God Of War Ragnarok since Kratos began to open up to his son about his past Greek life at the end of God Of War (2018).