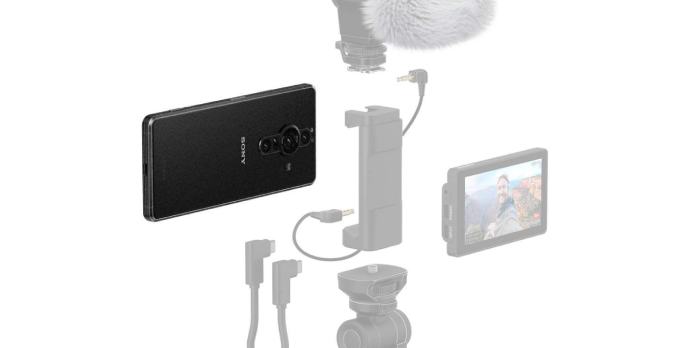 Despite and despite all odds, Sony’s mobile business continues to grow and, on occasion, generates positive financial results for the corporation. It doesn’t have a large market share for mobile smart device sales, at least not enough to enter the top 10, but its distinctive designs and offers occasionally pique curiosity. Aside from the still-unique 21:9 display aspect ratio, the Xperia PRO-I continues the legacy of appealing to vloggers and filmmakers, who won’t have to wait long to buy one.

In terms of basic smartphone specifications, the Xperia PRO-I ticks all the appropriate boxes. The Snapdragon 888 5G processor is included, 12GB of RAM and 512GB of storage. The 6.5-inch 4K OLED display has a 120Hz refresh rate and the unusual aspect ratio that Sony says is optimum for watching and creating a cinematic film. The true claim to fame, though, is with the cameras and, more specifically, with how they promise to improve the video recording experience.

In terms of pixel count, the 12MP primary sensor may appear to be lacking, but that is putting it mildly. It’s said to be the first smartphone with a 1.0-inch Exmor RS sensor, and it’s combined with a dedicated BIONZ X image engine to give the same image quality as many Sony cameras. It also sports a Tessar Optics dual-aperture lens with T* anti-reflective coating.

However, hardware isn’t the only factor in producing high-quality photographs and films. Sony is ensuring that an entire ecosystem supports the video-making use case it is promoting. Aside from adding a Videography Pro mode to complement the existing Pro Camera mode, the company is also releasing accessories that make it easier to use the phone’s main camera to create higher-quality videos. The Vlog Monitor, which debuted with the international launch of the XPERIA Pro I, places a small screen on the back of the phone that can be used with a tripod or monopod.

In true Sony form, the Xperia PRO-I is more expensive than its competitors. The phone isn’t cheap at $1,799.99, especially considering more reasonable options with comparable cameras. The Sony Xperia PRO-I will be released in the United States on December 10. However, the Vlog Monitor accessory has yet to be announced. It won’t be available from carriers or local retailers, like any other Sony phone, but it will be sold on Amazon, where it’s currently on pre-order.