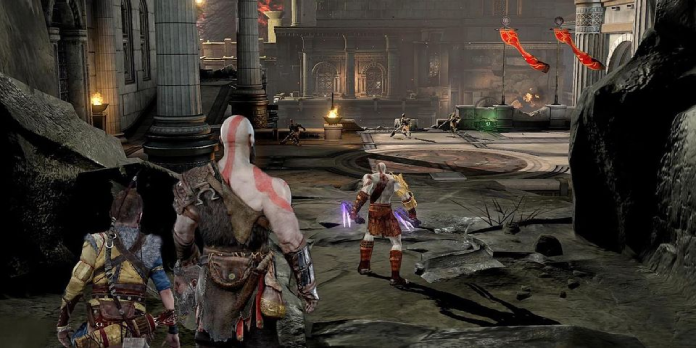 The notion of returning to Greece by time travel or other ways has recently sparked discussion among fans of the God of War Ragnarök video game series.

A God of War Ragnarök edit, in which Kratos and Atreus travel back in time to Greece, has sparked a flurry of discussion and controversy among fans on the Reddit community. However, the epic narrative was transported to the Norse realm in the franchise’s latest edition, released in 2018. It was officially announced that God of War Ragnarok would arrive in September 2021, with the series’ next installment set to bring Kratos and Atreus’ journey through Norse mythology to a close.

Also See:  How to Automate Windows with PowerShell

There are two separate eras in the God of War franchise: the Greek Saga and the Norse Saga, respectively, depending on which mythology is being adapted for the game. The Greek Saga of the God of War franchise comprises the original trilogy, two portable spin-off titles, and the prequel God of War: Ascension, among other things. A fixed camera angle was used to tell the story of a rage-fueled Kratos, who was doomed to destroy the world due to his arrogance and hubris, and these games were played from that perspective. On the other hand, God of War (2018) added a more emotional plot involving Kratos’ son Atreus and a closer, uninterrupted third-person camera position to the series. Many fans have wished for a showdown between classic Kratos and the Kratos of the Norse Saga, with the relative strengths of each incarnation being widely disputed.

According to a Reddit user named Buffybumcheeks, a fan picture depicting Kratos and Atreus traveling back in time from God of War Ragnarok to the events of God of War III has been submitted to the community. The post triggered a flurry of conversation among fans of the series, with many chiming in with their thoughts and opinions about the possibility of a return to Greece. One user speculates that Ragnarok could include a detailed account of Kratos’ journey from Greece to the Norse land, possibly in the form of an extended flashback sequence. The return to Greece following the events of God of War III, according to another Redditor, would provide Kratos and Atreus with the opportunity to witness the horrendous consequences of slaying gods firsthand. Kratos confronts his father Zeus during a hallucination induced by Helheim, the Norse realm of the dead, in 2018’s God of War, and many fans believe that another trip to Helheim could compel Kratos to relive his previous actions.

Chances of kratos and Atreus going back in time to Greece? from GodofWar

So far, the God of War series has taken fans on a voyage through the worlds of Greek and Norse mythology, but fans are already anticipating where the franchise might take them next. When God of War Ragnarok is released in 2022, it will bring the Norse epic to a close, and players have already begun wondering which ancient religions God of War might tackle next. Because Egypt was originally envisioned as a possible setting for the series’ 2018 edition, Egyptian mythology is thought to be a very plausible option. An Egyptian God of War volume has the potential to take the franchise in a fascinating direction, thanks to the enormous pantheon of distinct deities found in the ancient religion of Egypt. Roman mythology, an outgrowth of Greek mythology, may potentially be a fascinating concept to explore.

Also See:  According to the God of War director, PlayStation Studios Suggestions for PC Support

With God of War taking the mythological action franchise in an unexpected route with its release in 2018, it’s tough to foresee where Ragnarok will take things. Time travel was teased repeatedly in the last game, with the gigantic World Serpent traveling back in time after a battle with Thor being one of the most notable examples. For some fans, this helps to make the idea of Kratos and Atreus traveling across time a little more realistic. No matter how you look at it, many God of War Ragnarok fans appears to be interested in returning to Greece, whether it’s through physical travel, time travel, or a Helheim-induced hallucination.

How to join the Age of Empires IV stress test this...