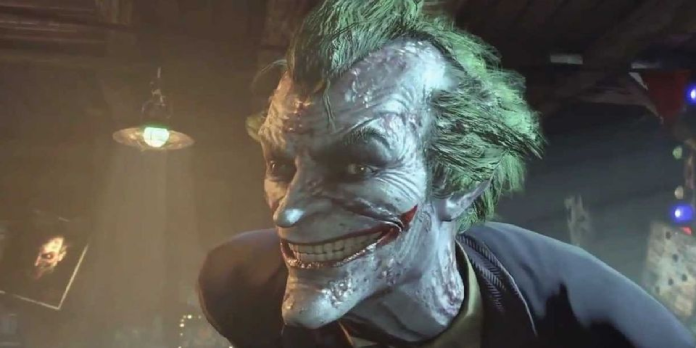 Looking back at one of the best superhero games ever made, developer Rocksteady commemorates the tenth anniversary of Batman: Arkham City.

With a nostalgic social media post, Rocksteady Studios, the developer of the upcoming Suicide Squad: Kill The Justice League, is commemorating the tenth anniversary of Batman: Arkham City, causing fans to reflect on the classic superhero adventure. Arkham City, released in 2011 as a follow-up to the excellent Batman: Arkham Asylum, expanded on the first game’s combat and transversal gameplay with an open-world Gotham City and is still regarded as one of the best superhero games ever made.

The events of Batman: Arkham City take place roughly 18 months after those of Batman: Arkham Asylum, with Batman investigating a sinister conspiracy within the walls of the titular prison, a walled-off section of the perpetually troubled Gotham where the city’s many gangs and supervillains are given free rein at the behest of the corrupt Dr Hugo Strange. During this journey, the Dark Knight encounters a terminally ill Joker, makes an uneasy ally in Catwoman, and battles a small number of his greatest foes, including one particularly memorable Arkham City boss battle against an ever-adapting Mr Freeze. Arkham City received a lot of positive feedback from gamers and long-time comic book fans. It spawned two more games in Rocksteady’s Arkham universe: the WB Montreal-developed Batman: Arkham Origins in 2013 and the 2015 sequel Batman: Arkham Knight.

On its official Twitter page, Rocksteady Studios recently celebrated the tenth anniversary of Batman: Arkham City with a snippet of the game’s initial announcement trailer from 2011, which shows the Dark Knight perched atop Gotham City’s rain-soaked rooftops while Hugo Strange’s voice taunts him with the knowledge of his secret identity.

Rocksteady also mentioned how strange it felt to be ten years old with Arkham City and thanked the fans for their support. Several of these fans responded in the comments section, praising Rocksteady for its dedication to creating what is widely regarded as one of the best superhero games of all time.

Who would have thought that today marks a whole decade since the release of Batman: Arkham City. It really doesn’t feel like that long ago. Thanks to all of our fans for being there for Gotham. pic.twitter.com/g8V1UJgy54

After the Batman above: Arkham Knight, Rocksteady may have put an end to its Batman trilogy, but the Dark Knight’s legacy will live on with WB Montreal’s Gotham Knights, a reboot that takes the gameplay of the Arkham games and adds a team of heroes consisting of Nightwing, Batgirl, Red Hood, and Robin in their quest to protect Gotham City after Batman’s death. Meanwhile, Rocksteady’s Arkham game universe will be expanded with Suicide Squad: Kill The Justice League, a spin-off that pits Task Force X’s ragtag villains against a mind-controlled Superman, Flash, Green Lantern, and many other members of the titular Justice League.

Both of these upcoming DC games will build on the foundation laid by Batman: Arkham City, which makes it all the more fitting for Rocksteady to reflect on the game’s legacy ten years after it swept the gaming world. Batman: Arkham City is still one of the most critically acclaimed superhero games of all time, leaving an impression on players and capturing the empowering feeling of stepping into the legendary Dark Knight’s shoes. Suicide Squad: Kill The Justice League is set to release on current-gen consoles sometime next year, indicating that Rocksteady isn’t slowing down anytime soon.

Squid Game’s Guards Become Among Us Impostors In 3D Crossover