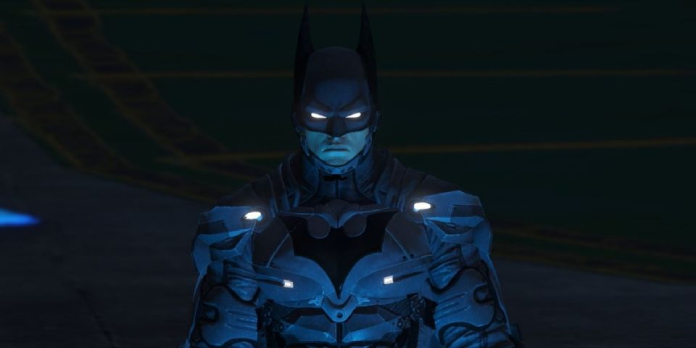 In the state of San Andreas, a brand-new Grand Theft Auto 5 mod filled with bespoke animations has let Batman and his gadgets loose.

JulioNIB’s new Grand Theft Auto 5 mod releases Batman in San Andreas with his gadgets and bespoke animations. GTA 5 mods are still as popular as ever, even though the game was published almost eight years ago. Several amazing fan-made projects have surfaced online this year, including a couple that let Godzilla and Invincible’s Omni-Man wreak havoc on Los Santos and its environs.

However, not all of the news in the enormous Grand Theft Auto modding community on PC has been positive. Take-Two Interactive, the publisher, is continuing its crackdown by removing mods using DMCA takedowns. To the frustration of many a modder and player, these takedowns aren’t limited to GTA 5 since Take-Two has also targeted classics like GTA: San Andreas from 2005. The business even sued programmers for Grand Theft Auto reverse-engineering fan projects. However, some modders continue to experiment with new experiences.

Modder JulioNIB posted a final pre-release build of his Batman GTA 5 mod, according to DSOGaming. The build is now only accessible through JulioNIB’s Patreon page, but the full release will be available to everyone at a later date. The vigilante is outfitted in a Batsuit that looks similar to his Telltale outfit, while the Bat-symbol seems like a black version of the one Terry McGinnis wears in Batman Beyond. Of course, the gameplay wouldn’t be complete without the Dark Knight’s hallmark moves and high-tech gadgets. One of his signature moves is the Batclaw takedown, in which he uses the grappling device to grab a foe, pull himself forward, and kick them off their feet. It’s straight out of the Batman Arkham series, as indicated by the presence of a glide-based takedown and a stylised uppercut. JulioNIB demonstrated the GTA 5 mod in the following videos:

As far as Grand Theft Auto 5 mods go, this is undoubtedly one of the most intriguing that have lately surfaced. This Batman creation still needs some fine-tuning, but it may be rather stunning when all is said and done.

GTA 5 was first released in September 2013 for PlayStation 3 and Xbox 360 by Rockstar Games and Take-Two. The open-world adventure subsequently made its way to PC, PS4, and Xbox One, contributing to the game’s most recent sales milestone of 145 million copies sold worldwide. The number will undoubtedly rise much further when the PS5 and Xbox Series versions arrive next year.

Grand Theft Auto 5 is presently available on PC, PS4, and Xbox One; it will be released on PS5 and Xbox Series X|S in March 2022 at an unannounced date.