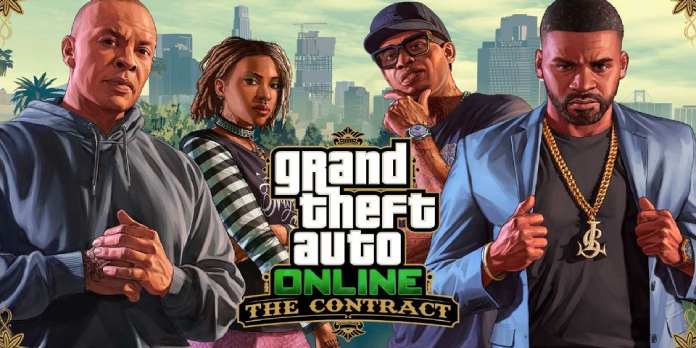 Dr. Dre focuses on the latest update, which delves into his impact on the California music industry. Los Santos, the fictional city in Grand Theft Auto V, is a homage to Los Angeles, and fans of Dr. Dre will know that he was heavily affected by the city as well. Players team up with long-time favourite Franklin Clinton to find Dr. Dre’s lost phone, which contains unreleased songs. Instead of playing as Franklin, players will interact with him and complete his objectives. After some time has gone since the events of the GTA 5 campaign, Franklin has matured into a successful business owner. Players are assigned assignments and contracts to perform to earn money and advance the story.

Rob Nelson explained why he decided to make The Contract solo-beatable in an interview with USA Today. According to Nelson, this was in reaction to user complaints that there aren’t enough missions to be completed in a single mode. Players can now play independently if they so desire with this upgrade. When studios and developers listen to fans and make changes in the direction of what they want, it’s heartening. While fans await the release of the next Grand Theft Auto, this update should be enjoyable for those who want to play solitary while still connected to the internet.

Solitary gamers can now enjoy this update, which is a welcome adjustment. Before this, the game had just a few upgrades that allowed users to complete tasks independently. Most missions are extremely tough to finish on your own, and others cannot even be started without the participation of other players. The Cayo Perico Heist is the only heist available in GTA Online that a single player can complete. This update is a much-needed addition to the game, and solo gamers will probably like the change of pace.

The Contract update is now ready for download, and it is said to contain approximately 10 hours of gameplay. It will also contain new weaponry and vehicles for sale and some quality of life enhancements. In GTA Online, new songs from Dr. Dre, Eminem, and Snoop Dogg will be broadcast on a new radio station while players drive around the city. Hopefully, this is the first step toward more high-paying solo jobs and more chances for solitary gamers in Grand Theft Auto Online.