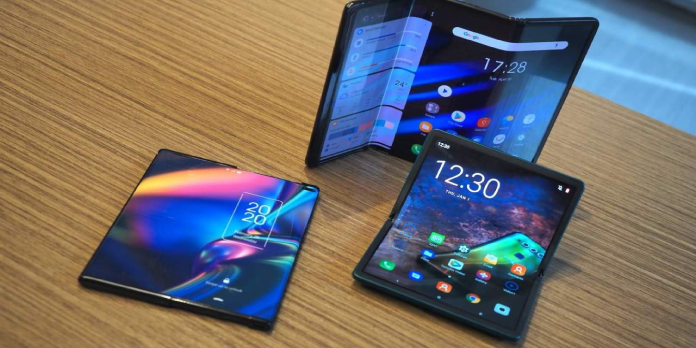 Whether you like it or not, there will come a time when practically every phone manufacturer will offer a foldable phone. If market analysts and unnamed sources are trusted, this will eventually encompass Apple. However, if you’re looking forward to a foldable iPhone or iPad next year, you might want to hold out for the time being. While it will happen eventually, it appears that sources have begun to push back the inevitable date to beyond two years.

The concept of a foldable phone or tablet is intriguing. It’s not only convenient, but it’s also science fiction to have something more significant than it appears. However, getting to that stage isn’t easy, and Apple isn’t one to go on bandwagons.

Several analysts have speculated on when Apple may release its first foldable device. Ming-chi Kuo, for example, estimates that the year will be 2023. He says it will be an 8-inch iPhone with a flexible display, but he doesn’t specify its fold direction. Several TCL foldable concept phones with a range of folding options are shown at the top of this page.

According to Ross Young of Display Supply Chain Consultants, a launch date of 2023 is still a touch optimistic. Not only for Apple’s first foldable gadget but also its OLED iPads, he believes 2024 is a more reasonable timeframe. The latter has also been one of the many long-rumored new Apple products that have yet to appear.

This gives the foldable display market plenty of time to mature and become more trustworthy. Manufacturers are still battling wrinkles, durability, and hinges at the moment. OPPO claims to have rectified at least two of them, but we’ll have to wait and see if the Find N is genuinely what it claims to be.

Also See:  Apple Fitness+ Adds New Workouts in an Effort to Get Everyone Moving

There’s also some skepticism about which foldable design Apple will use. A clamshell-style iPhone appears to be the most popular and most plausible choice, as it would require few changes to iOS. A foldable iPad mini would be more appealing, but for a company known for its meticulous attention to detail and quality, it would be too much, too soon.

A Gray Box Is Blocking Messages On My iPhone

iPhone Podcasts app fix in the mix with iOS 14.6 Beta