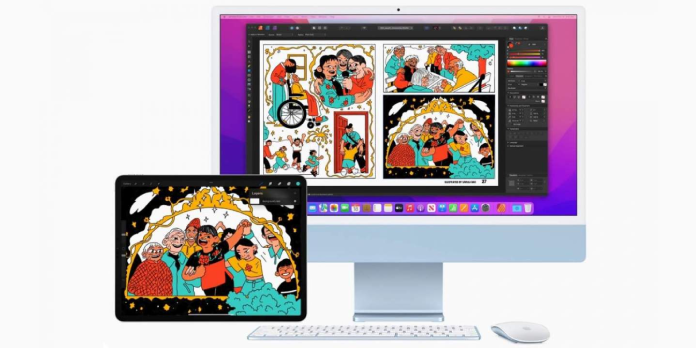 Apple’s near-total control over its ecosystem is one of the primary advantages over its competitors in the computing and mobile marketplaces. Apple is considerably better able to combine its products than competitors Microsoft or Google since it develops both the software and the hardware it operates. The Universal Control feature, which was revealed in June for macOS Monterey, is a great example. Unfortunately, it appears that even Apple thought the quality was too ambitious, as its launch was secretly pushed back from this winter to next spring.

Universal Control appears to be one of the features that will make some Apple customers delighted they invested fully in its products and services. In a word, this functionality allows Macs and iPads to work together as a single system with numerous screens. Though several apps let you use the iPad as a second screen for your Mac, Universal Control takes it to the next level.

Universal Control is based on the idea of using a single keyboard and mouse to control both a Mac and an iPad (or even two Macs). Unlike Bluetooth keyboards and mouse that connect to numerous devices, Universal Control does not require users to transition from Mac to iPad or vice versa. No setup is necessary; all users need to do is place the devices next to one other.

When you try to transfer content across two devices that operate on two different platforms, the seemingly magical experience begins. For example, you could drag an image from an iPad to a nearby Mac’s screen, then drop it into a different program. Simple things like switching apps on the iPad with Mac keyboard shortcuts function well.

The actual labour behind the scenes, like any magic trick, is more sophisticated than it appears. Perhaps because of this complication, Apple has decided to postpone the launch for a few more months (via 9to5Mac). The feature’s page now says “Available this spring,” instead of “Available before the winter solstice.” That means Universal Control won’t arrive until at least March 2022, at the earliest.

Although it isn’t a long wait, those waiting for the functionality since the release of macOS Monterey may be disappointed. For the time being, it’s a good idea to double-check that your gadgets fulfil the minimum criteria; the list can be found at Macworld. There are other ways to connect Macs and iPads, ranging from third-party solutions like Luna Display to Apple’s Sidecar function.