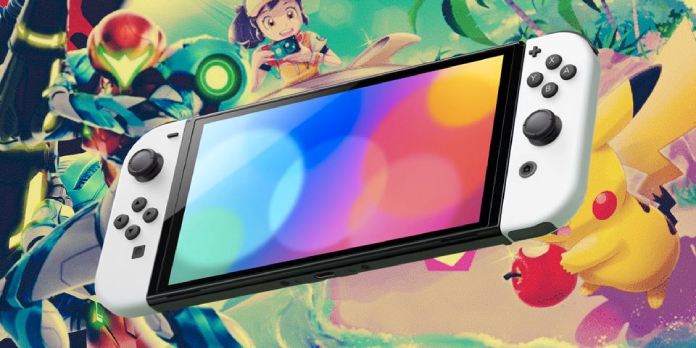 The Nintendo Switch Year in Review 2021 figures are now available, giving gamers a breakdown of their most-played games, in-game hours, and more.

Nintendo fans have had an excellent year in 2021, with a slew of AAA and independent titles coming to the platform over the last 12 months. The year began with Super Mario 3D World + Bowser’s Fury, a game that wowed users with its inventive gameplay and characters. Shin Megami Tensei V has been another standout game of the year, bringing new perspectives to the series. Pokémon Snap, Mario Party Superstars, and the freshly released Pokémon Brilliant Diamond and Shining Pearl, which add new features to the original Pokémon BDSP games, are just a few of the Nintendo classics that have just reached shop shelves.

According to Nintendo, switching players in select regions may check their Year in Review 2021 right now to see how many hours they’ve spent on which games. The Year in Review shows the user their most-played titles, how many hours they’ve spent playing on Switch, how many new games they’ve begun, and more throughout the year. Logging into the official Nintendo website will give you access to the specific breakdowns.

While 2021 is expected to be a strong year for Nintendo Switch, some games are expected to be more popular than others. Despite being released in 2020, Animal Crossing: New Horizons’ 2.0 update and Happy Home Paradise DLC brought many gamers back to the game, boosting play hours. Meanwhile, Metroid Dread, nominated for Game of the Year at The Game Awards 2021, is expected to be a favourite throughout Year in Review lists, wowing players with its engaging combat and design.

Looking back on another year of Nintendo Switch is sure to gratify many gamers, and it lays the way for people’s Switch Year in Review 2022. The currently untitled sequel to Zelda: Breath of the Wild is one of the most probable titles to see playtime next year. While no precise release date has been set, Nintendo is aiming for a 2022 release, and if the game is as large as its predecessor, the second BOTW might take hundreds of hours to complete. Fans will have to wait until next year to find out what the game’s next big highlight will be.