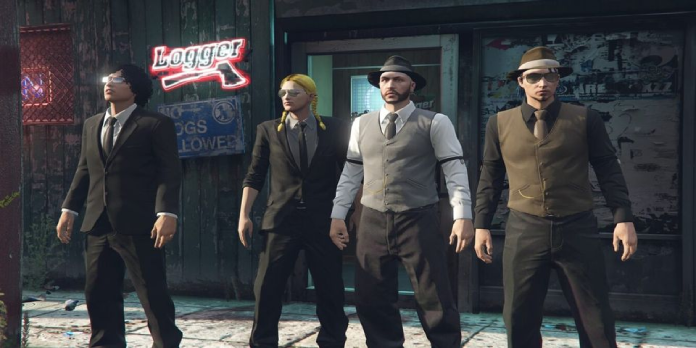 Because the PlayStation 4 has been jailbroken, hackers and mod menus could surface in GTA Online very soon, according to a well-known dataminer.

Because hackers recently jailbroke the PlayStation 4, modders may start appearing in Grand Theft Auto Online lobbies on the PlayStation 4 and 5, according to a prominent dataminer. Hackers have remained a problem in Rockstar Games’ online sandbox for Grand Theft Auto Online, although it has evolved dramatically. Mod menus and cheats have plagued lobbies for years, allowing hackers to spawn goods instantaneously, publicly annoy other players, and even access IP addresses. With the recent announcement that the PlayStation 4 has been jailbroken, this is expected to worsen, as hackers can now run homebrew apps and only need external scripts to achieve the same level of cheating as on PC.

Online cheating has become an epidemic, and producers of popular multiplayer games such as Call of Duty, PUBG, and Fortnite have all launched major efforts to prevent hackers from hurting the experiences of casual gamers. Activision revealed in August that their Ricochet anti-cheat system was in development for both Call of Duty: Warzone and Call of Duty: Vanguard, which might help address the ongoing issue and, like BattlEye and Easy Anti Cheat, be licensed to other developers in the future. Despite this, hackers have figured out how to get through anti-cheat systems like these, and some franchises are still suffering. EngineOwning, a Warzone cheat developer being sued by Activision for arming thousands of hackers with undetectable cheap hacks, is an excellent example.

Also See:  A Last of Us 2 Player Creates a Haunting Cinematic for an Abandoned School

According to a recent report, Grand Theft Auto Online appears to be getting worse as a new generation of modders and hackers may be making their way into the popular multiplayer game. Tez2, a reputable dataminer, and GTA informant revealed in a recently deleted Tweet that, due to the PlayStation 4 being recently jailbroken, mod menus might begin to surface on both PlayStation versions game. Though the increased risk of hackers is bad news, the dataminer also points out that developing these mod menus is now too risky and hard for hackers to consider it useful.

While hackers continue to transform Red Dead Online’s lobbies into deadly playgrounds, the popular online game mode of Rockstar Games continues to lose gamers. Since its first release, the game has had a reputation for having a pool of persistent cheaters who have made it difficult for casual gamers to enjoy Red Dead Redemption 2’s online gaming mode. However, despite being a minor product, Red Dead Online contains one significant event in which Rockstar Games began to crack down on hackers, putting an end to individuals generating KKK NPCs to cause anguish to other players.

Also See:  how to remove viruses on computer

Even though Rockstar’s famous online game mode continues to draw many players, the studio does not appear to be aware of any hacking-related concerns. Unfortunately, these issues will endure for years without competent oversight and a strengthened anti-cheat mechanism. Grand Theft Auto V Expanded & Enhanced will be released on current-gen consoles in March, which means a fresh wave of cheats could be coming to the game soon. Hopefully, Rockstar will focus on the current status of Grand Theft Auto Online before then.