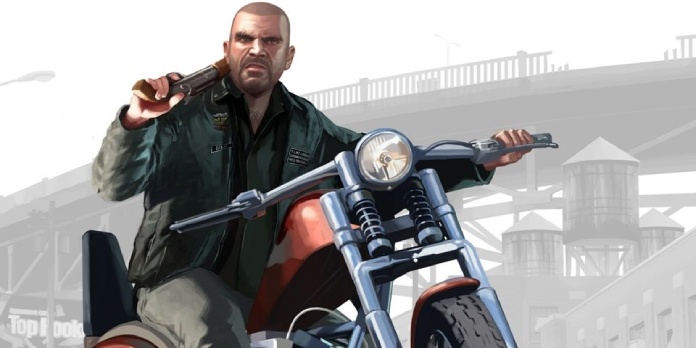 According to an industry insider, GTA 4 will get a full remaster after GTA Trilogy, and it’ll be released in 2023, including all of the DLC.

According to a source close to the business, Grand Theft Auto IV will be Rockstar Games’ next remaster following the GTA Trilogy. GTA: The Trilogy – The Definitive Edition was formally announced by Rockstar and publisher Take-Two Interactive in early October, promising to improve GTA III, Vice City, and San Andreas for modern audiences.

However, the public’s reaction to the entire announcement was lukewarm, with many criticizing the revised graphical style. Characters in the planned re-release have a look that has been compared to that of the Sims. Furthermore, the fact that Rockstar has yet to provide lengthy gameplay footage raises questions about the restored collection’s overall quality. Players won’t have to wait long to get their hands on Grand Theft Auto Trilogy, as it will be released in just a few days. But which classic game will the development studio update next? According to one rumor, a Red Dead Redemption will be released soon. Another source claims that GTA IV, released in 2008, will be the next in line.

RalphsValve, a Call of Duty leaker and Twitter user, claims that a GTA 4 remaster will be released in 2023 for PC, PS4, PS5, Xbox One, and Xbox Series X|S. While the alleged re-release will not include GTA 4’s multiplayer, the leaker claims that Rockstar and Take-Two intend to include Episodes from Liberty City. This DLC package includes The Lost and Damned and The Ballad of Gay Tony expansion packs.

RalphsValve’s message is devoid of supporting proof, so take everything above with a grain of salt for the time being. However, a full GTA 4 remake doesn’t seem too far-fetched. If the original trilogy and Grand Theft Auto V are being remastered for newer platforms, the Niko Bellic-starring GTA entry deserves a second shot.

Also See:  How to: Fix Ndu.sys Bsod Error in Windows 10

It’s also worth noting that the expansions The Lost and Damned and The Ballad of Gay Tony are mentioned in the claimed leak. Before Red Dead Redemption’s stunning Undead Nightmare DLC wowed the world, Rockstar set the bar for post-launch content with GTA 4. The Lost and Damned follow two infamous Liberty City biker gangs fighting for control of their land. Meanwhile, The Ballad of Gay Tony casts performers as Luis Lopez, a nightclub impresario’s aide whose luxurious lifestyle comes at a high cost.

Minecraft Packet Loss: What Is It and How to Fix It?

How to: Backup Ps4 Save Data & Game Saves